The females are quite docile. When you encounter female elephant seals on land, they tend to be sleeping or resting. They do not move much. My first experience of that was when I volunteered to help with transporting food and supplies to the Cape Shirreff field station on day 8. There was a large female on the beach while we were depositing the items. We put the food and supplies in a wide arc at a distance away from her, and she continued to doze.

The Southern Elephant seals dive on average about 300-400 meter below the water surface. Males are deeper divers than the females. The record depth for a diving male was 2133 meters. These seals are the deepest diving mammals after the cetaceans.

All in all, these gentle giants (at least the females) are very impressive. Looking into the soulful eyes of the females (and ignoring the shedding of their top layer of skin and fur), one cannot help but admire them. 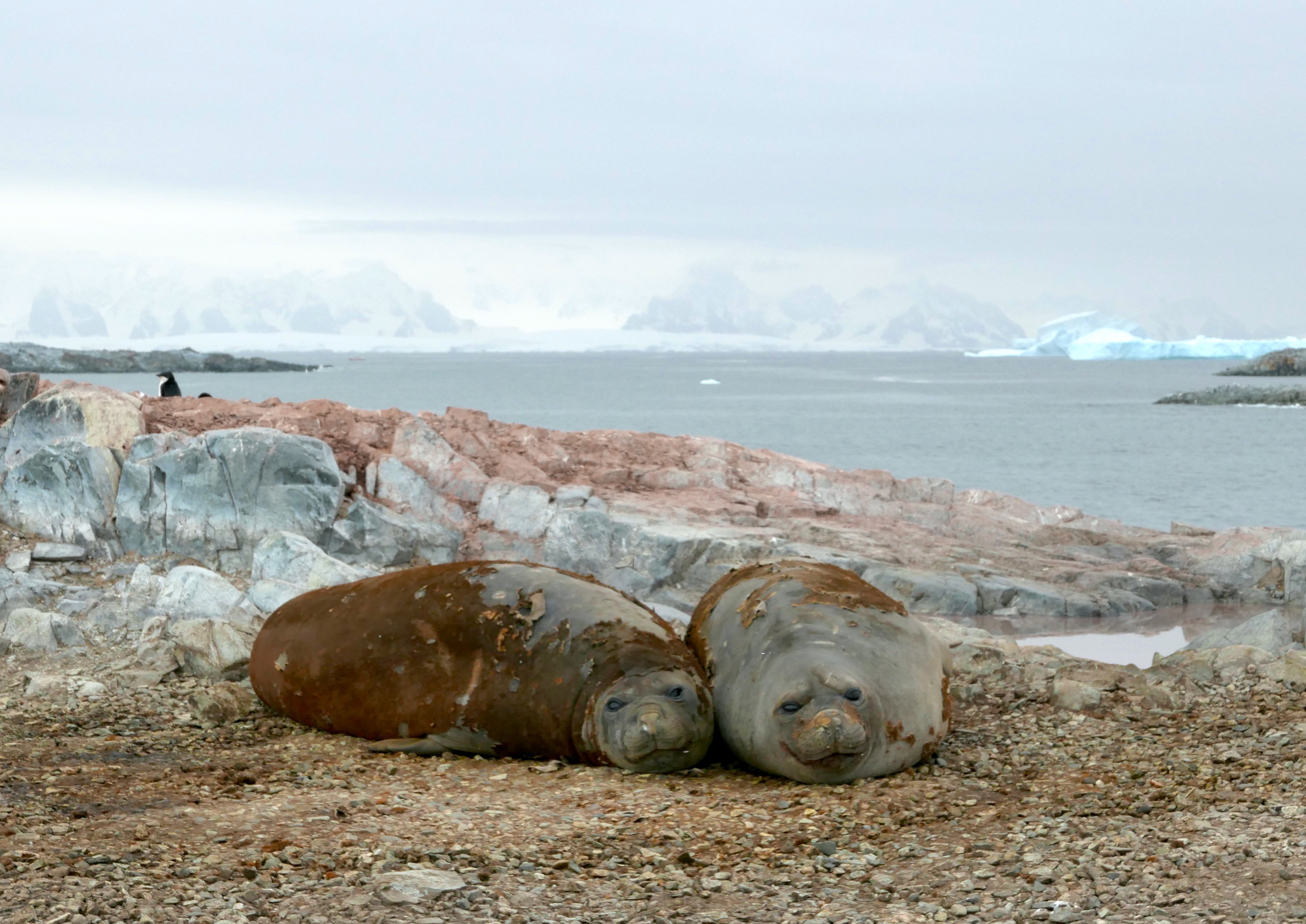