Today we were helping scientists set up camp at Cape Shirreff on Livingston Island. The camp is a US operated field station. The scientists are spending four months here. We had a rare treat: the view of mountains about eight miles away. 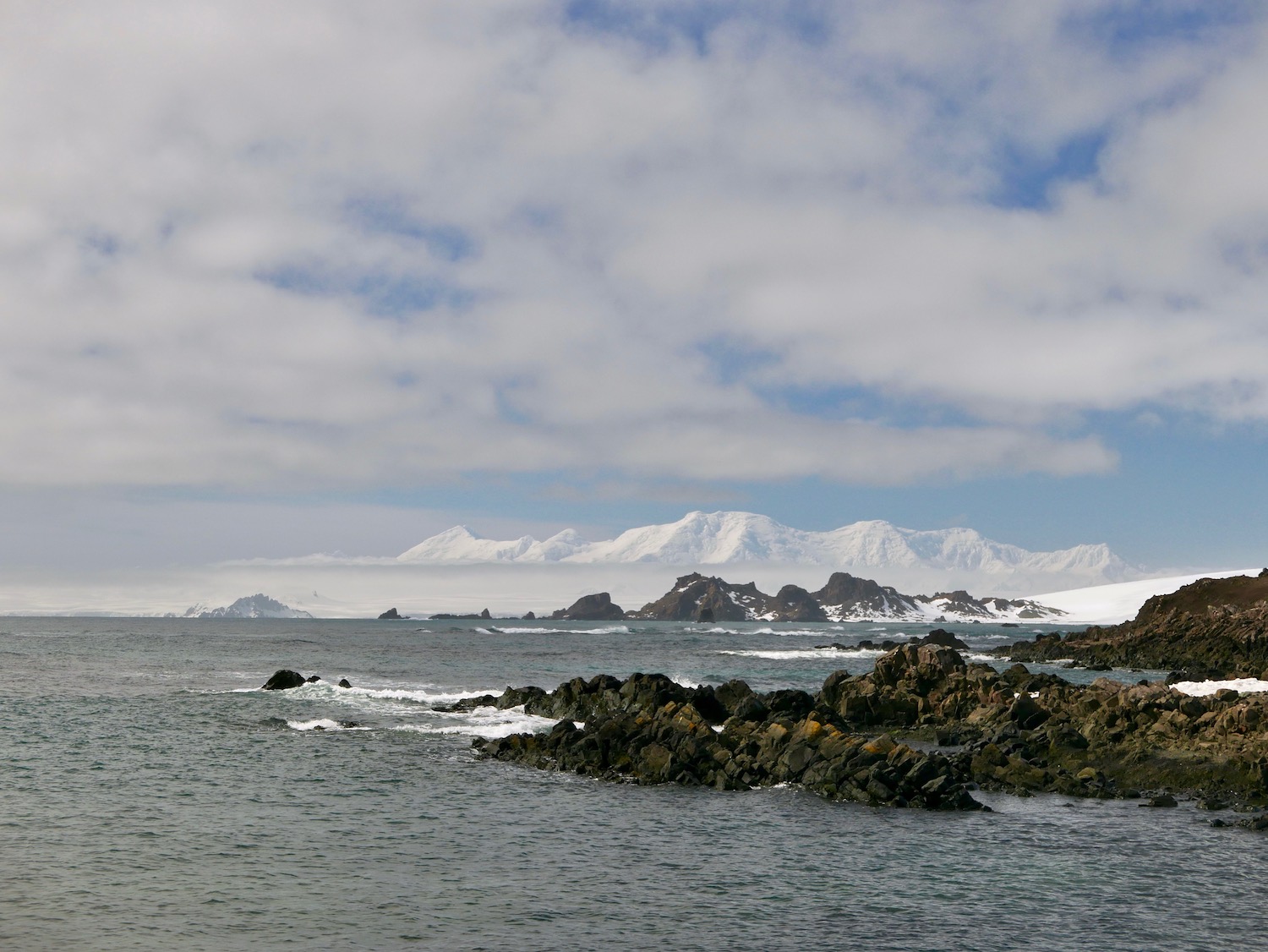 It was a monumental team effort to get 3-4 month worth of supplies transferred from the ship to the camp. Their supplies were transported by Zodiac. 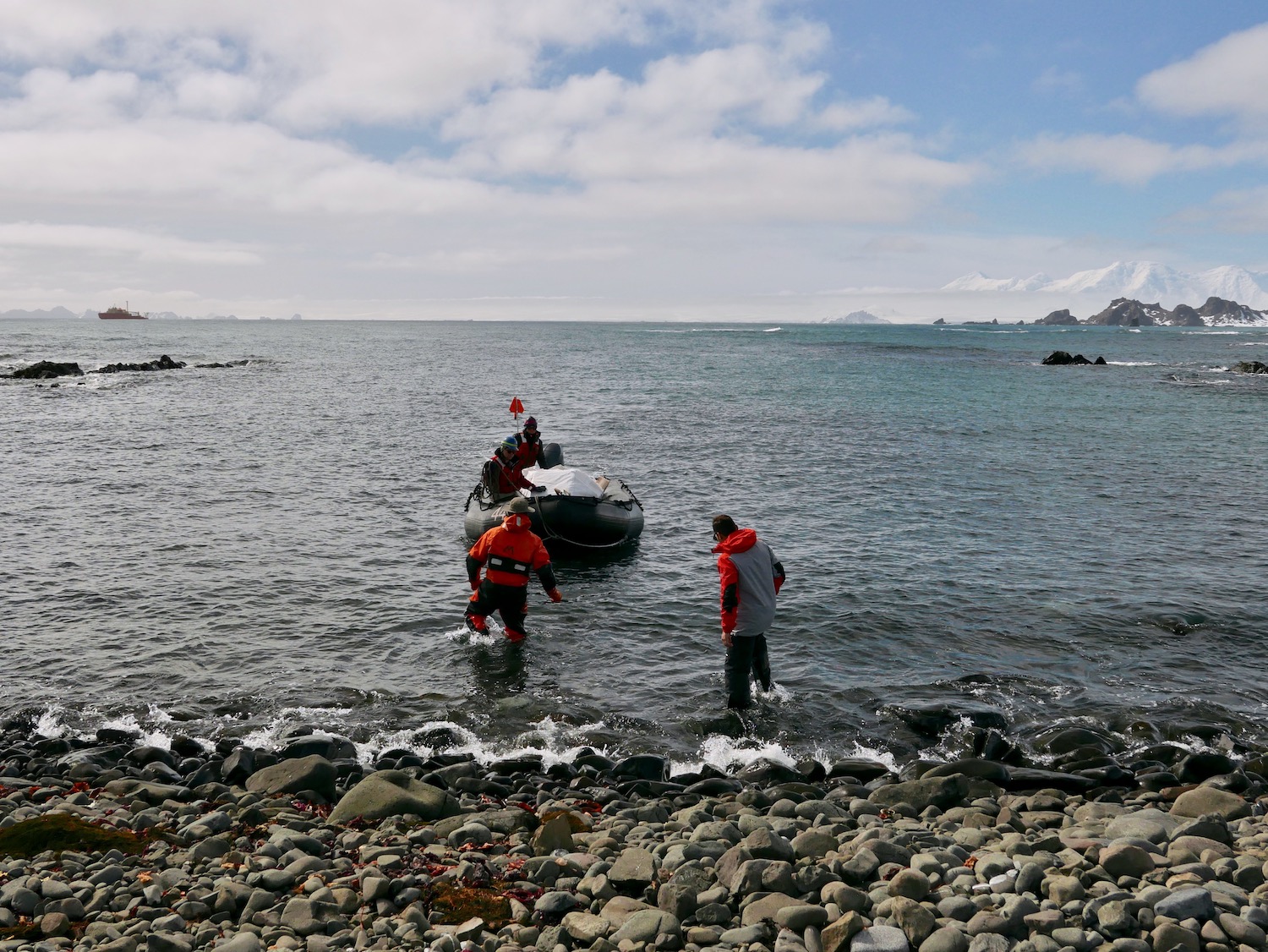 We were welcomed by a female elephant seal. She was very sleepy. We were careful to let her have her space, but we all took opportunities to take photos of her. Below are images of Kelly McMillen and Bruce Hungate. Behind Bruce, you can also see our bright-orange research vessel. 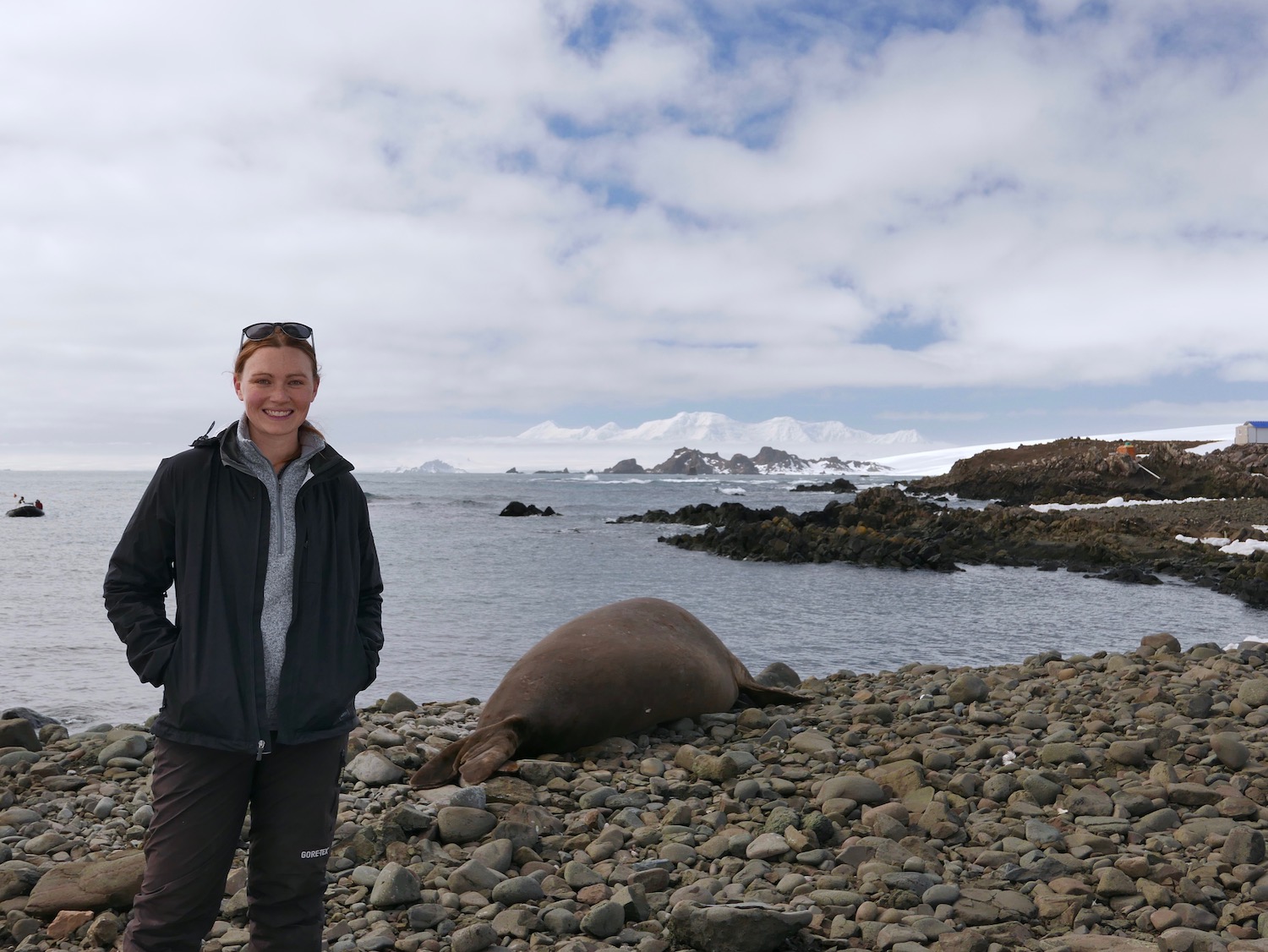 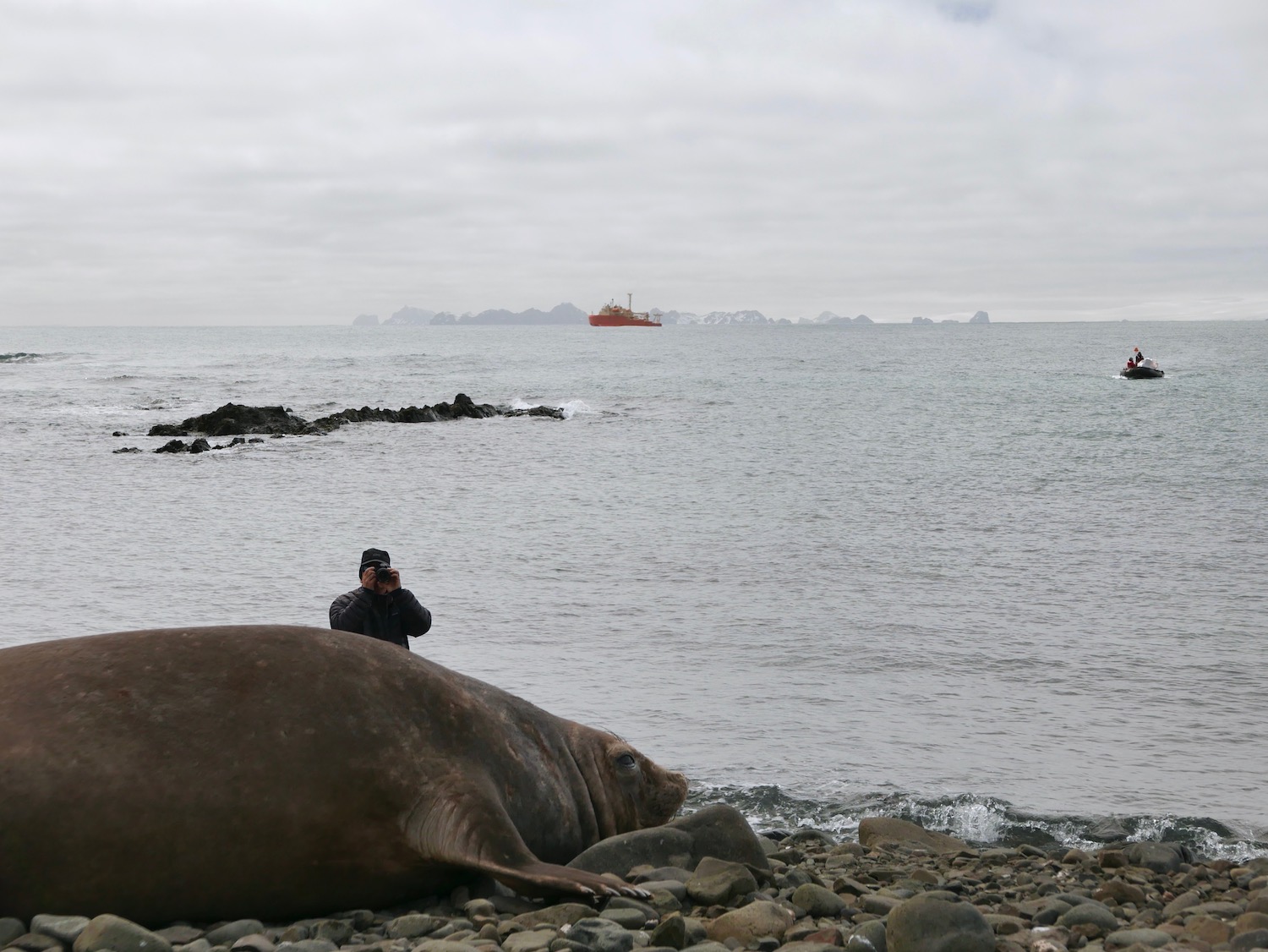 It took all in all about 5 hours to get all the supplies on shore. This even included two new freezers, 30 propane tanks, lots of food (including snacks and large bags of coffee). It was great to be part of the professional team to transport these items. All from the captain making sure the ship is stable, to the Marine Project Coordinator (MPC) who oversees the logistics, and the Marine Technicians (MTs) and Laboratory Technician who are in the thick of the work - including expert zodiac driving and on- and offloading of all the equipment and supplies.

I wonder what the female elephant seal was thinking of as we are huffing and puffing around her dropping off all those boxes (but at a safe distance from her). She remained in place all this time, with her head rested on a “pillow” rock, seemingly trying to nap. I think she was enjoying our hard labor. 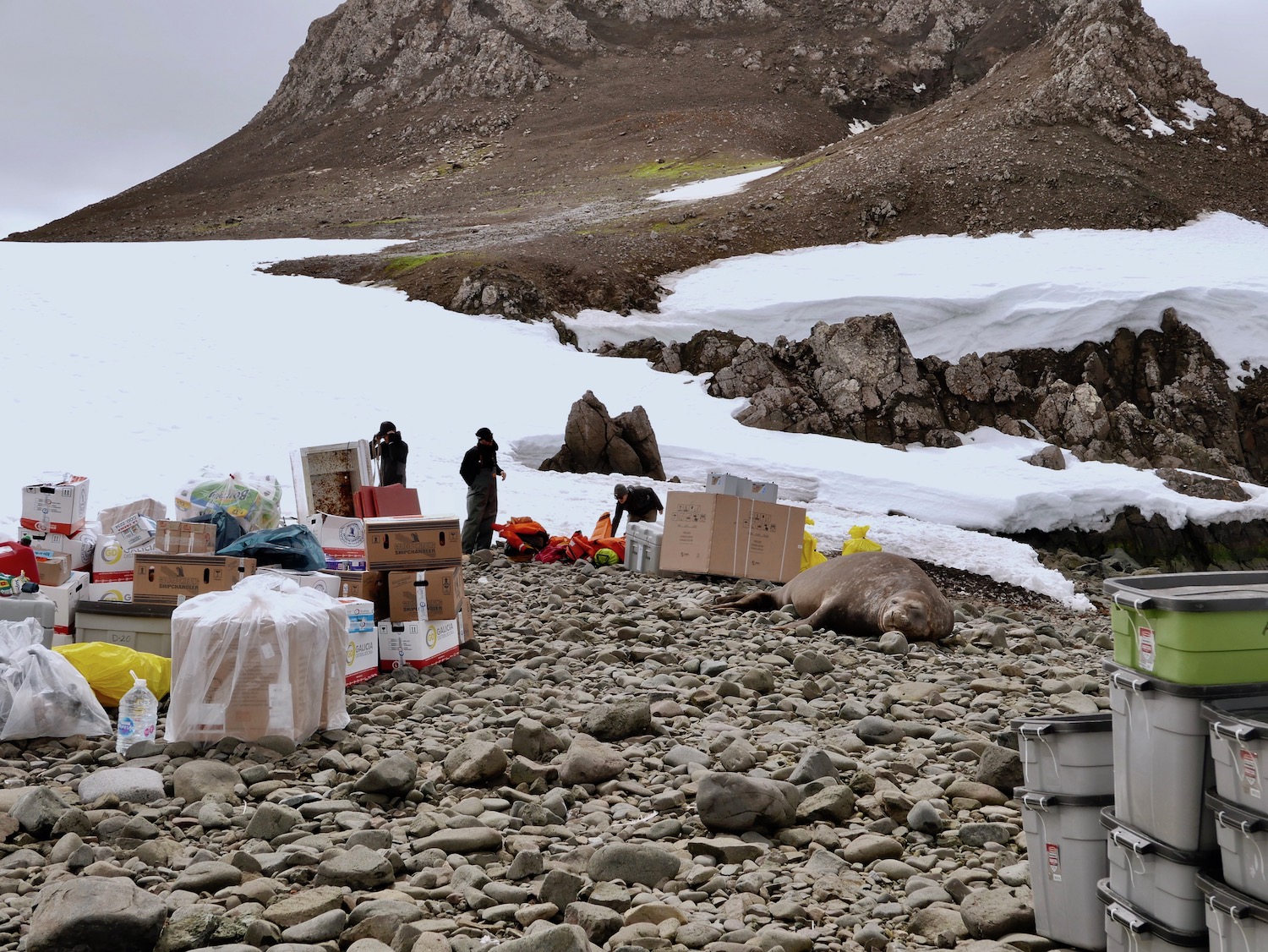