Initially I was going to write more about the cool seals in the area. However, today we had an amazing time watching wildlife while in the field that I would rather share that with you in today’s blog. Upon arrival to Litchfield Island we encountered many, many fur seals. We carefully planned the route to our study site to encounter as few as possible. 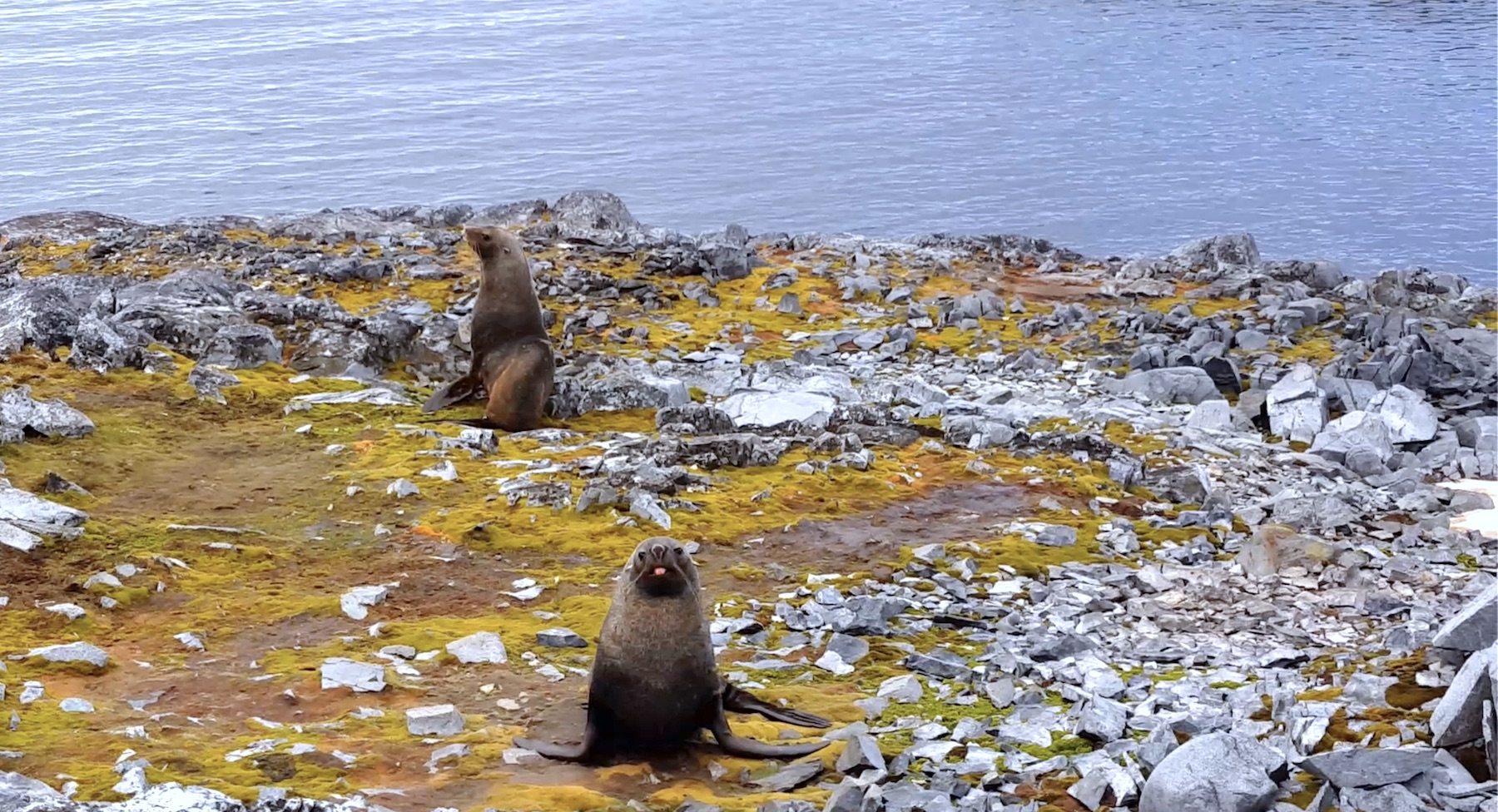 Little did we know that the ice-field we always cross had a dead elephant seal below it. The seal may have died last year and got covered by ice. Nothing is wasted here. We had noted many giant petrels were resting on the snow, and then realized that they were scavenging the dead carcass. Thanks to the giant petrels, other animals (e.g. skuas) are able to help themselves to a meal too. The giant petrels in essence function as a “bottle opener” - they have hooks on their beaks that can create holes in carcasses and thus provide for an access point to the inner parts of an animal. Holes that other animals can use also. 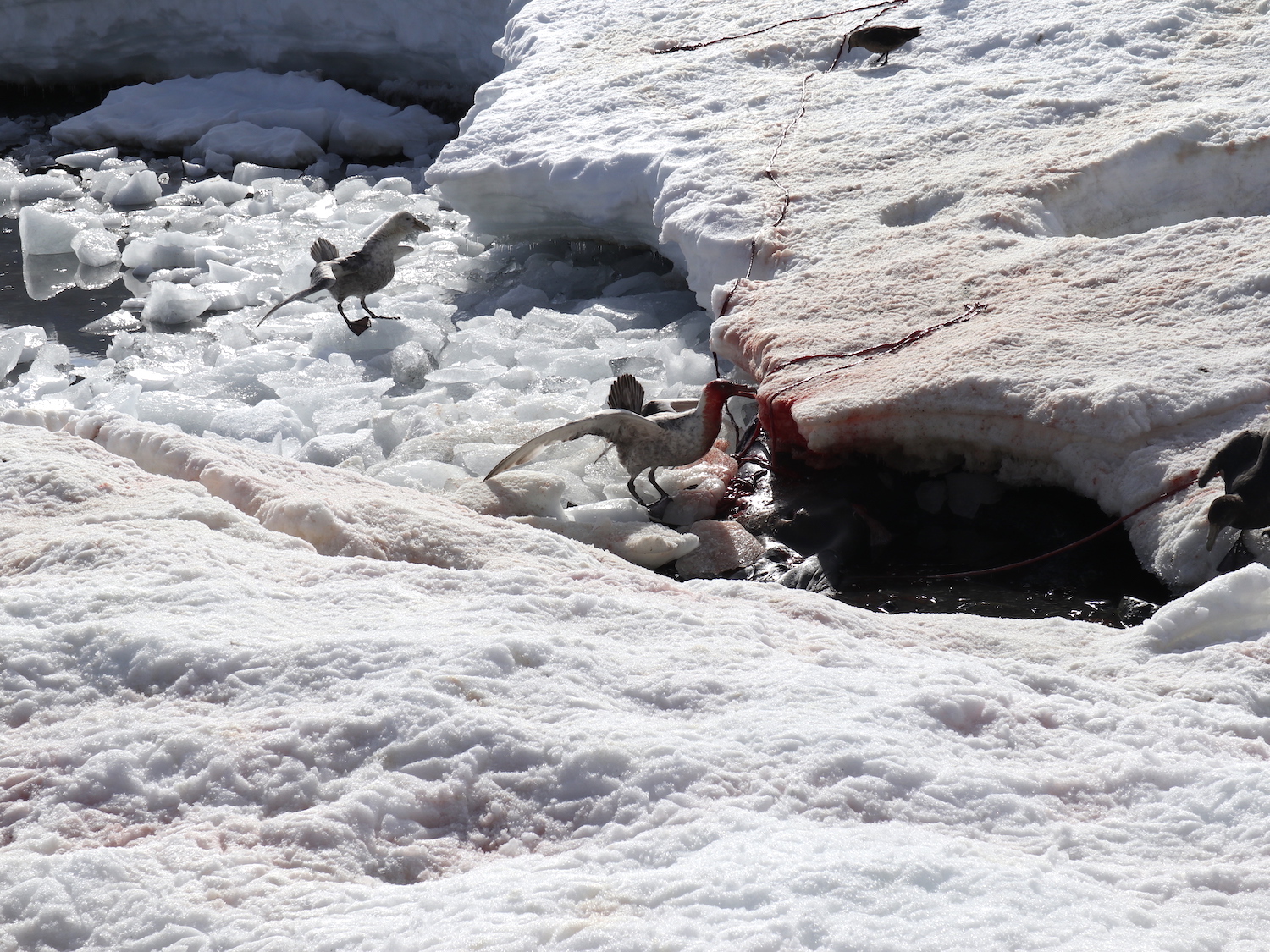 All we were missing was a narration by David Attenborough. What a great experience to watch this behavior of the petrels and how they interacted with others. It was fascinating!

On the way back to the zodiac there were fur seals playing in the water, and a blue-eyed cormorant was watching over our field gear. Such beautiful birds!

It was a fantastic day….