Flat Stanley is a character from a book that gets flattened by a bulletin board. Because he is as flat as a sheet of paper, he is able to travel all around the world. A week or so ago he arrived here at Palmer Station, Antarctica. Flat Stanley accompanied us on a few adventures here. He was sent to me by Jack from Eagle Springs Elementary. Jack’s Flat Stanley has been places no other Flat Stanleys has been!

To my knowledge, this Flat Stanley is the first to have made it to Litchfield Island. Only a few people in the world have ventured there, let alone any Flat Stanleys! At Litchfield, Kelly and I collected small moss samples to bring back with us to the lab. Flat Stanley observed that we were careful with collecting the small moss plugs. 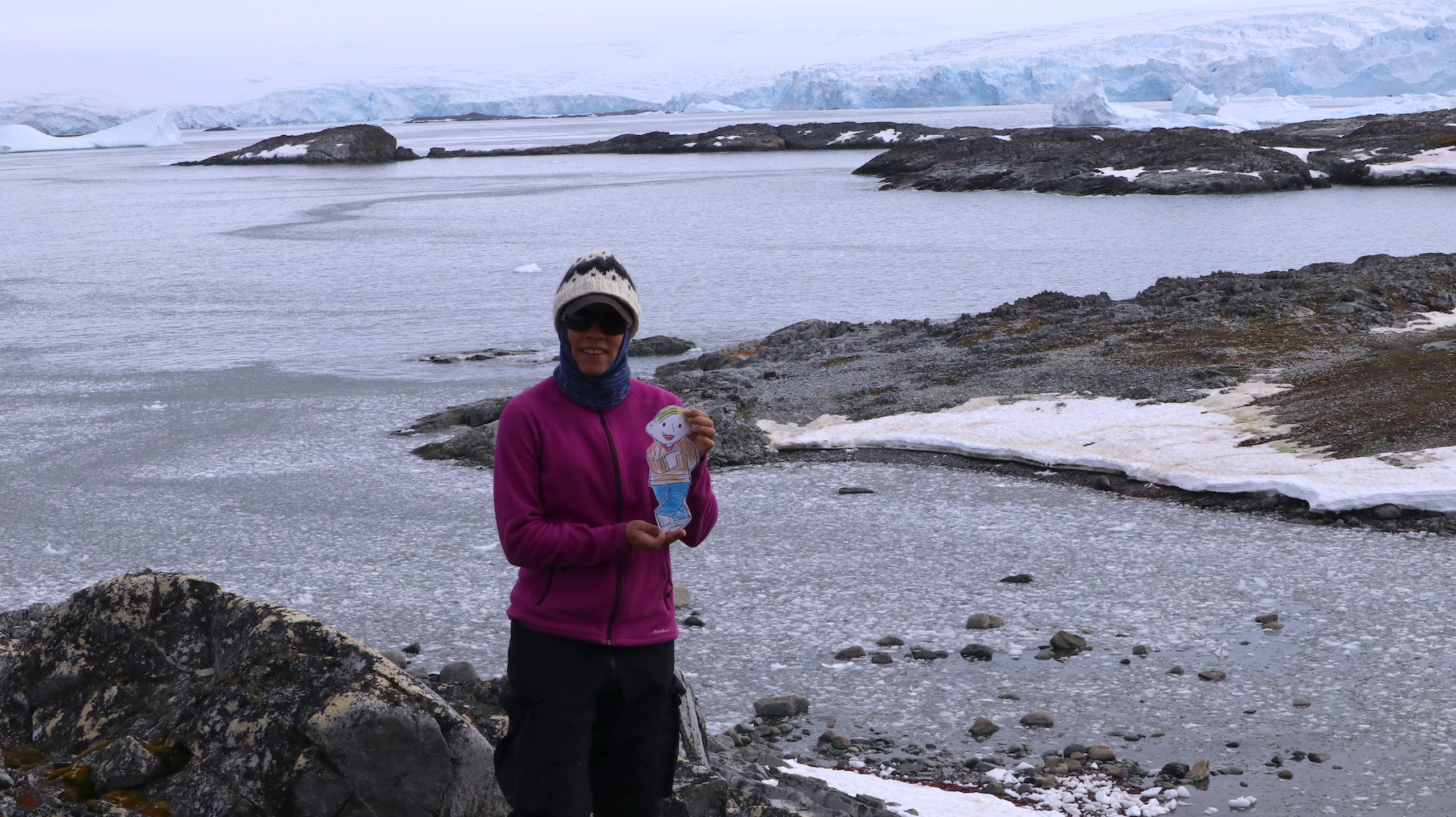 To minimize disturbance to Litchfield Island - because it is an Antarctic Specially Protected Area - we sampled moss from different islands, such as Amsler Island. There was still a lot of snow on Amsler island (see photo below). Flat Stanley selected some suitable sites for moss collection and then rested while we worked. 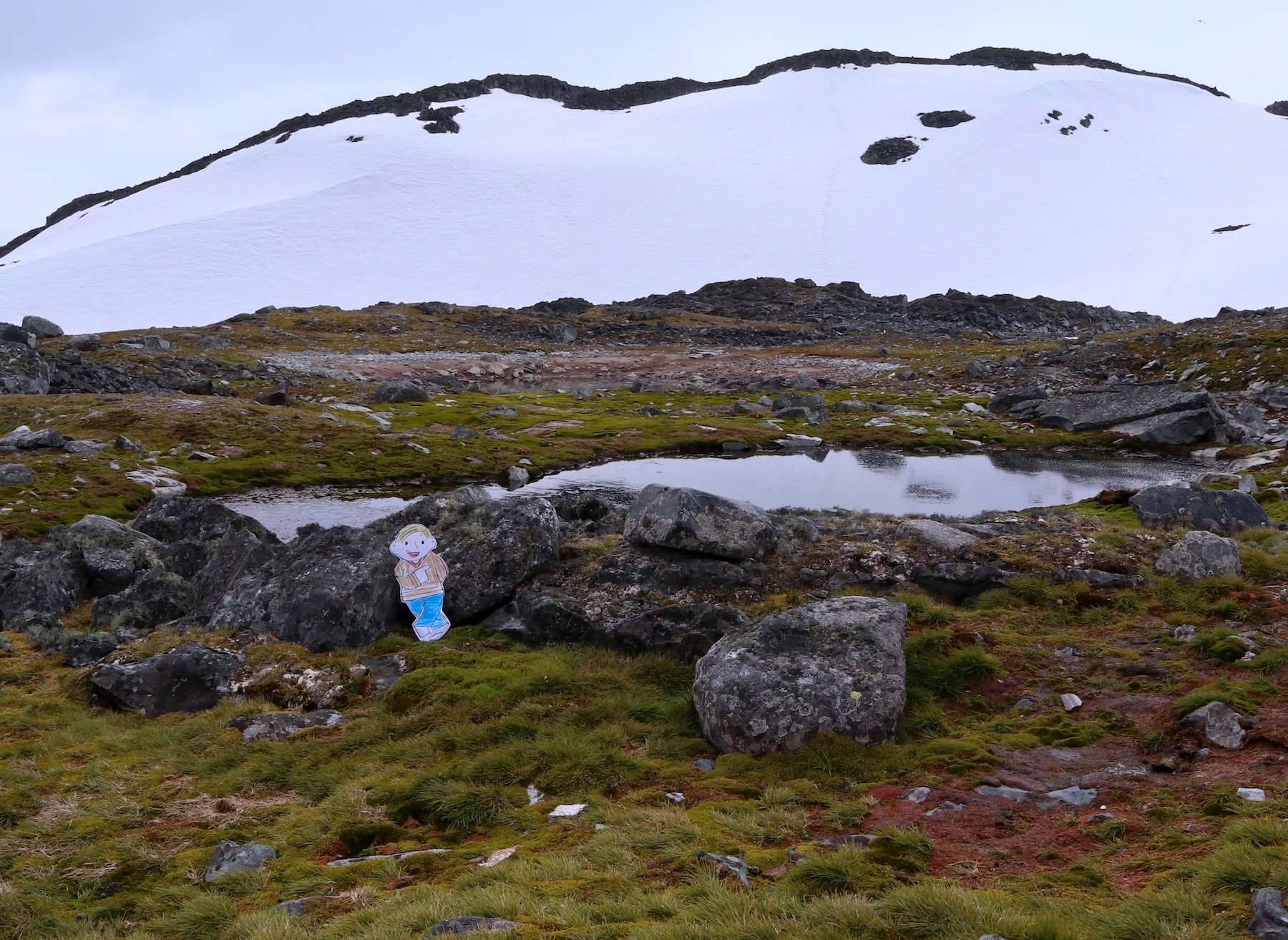 We returned a few days later to Amsler Island with others to go hiking. It was a sunny day. Below Flat Stanley is waiting for a ride back to Palmer Station. It was an exhausting day!

Thank you Flat Stanley, for being our travel buddy! Give our regards to Jack when you return! 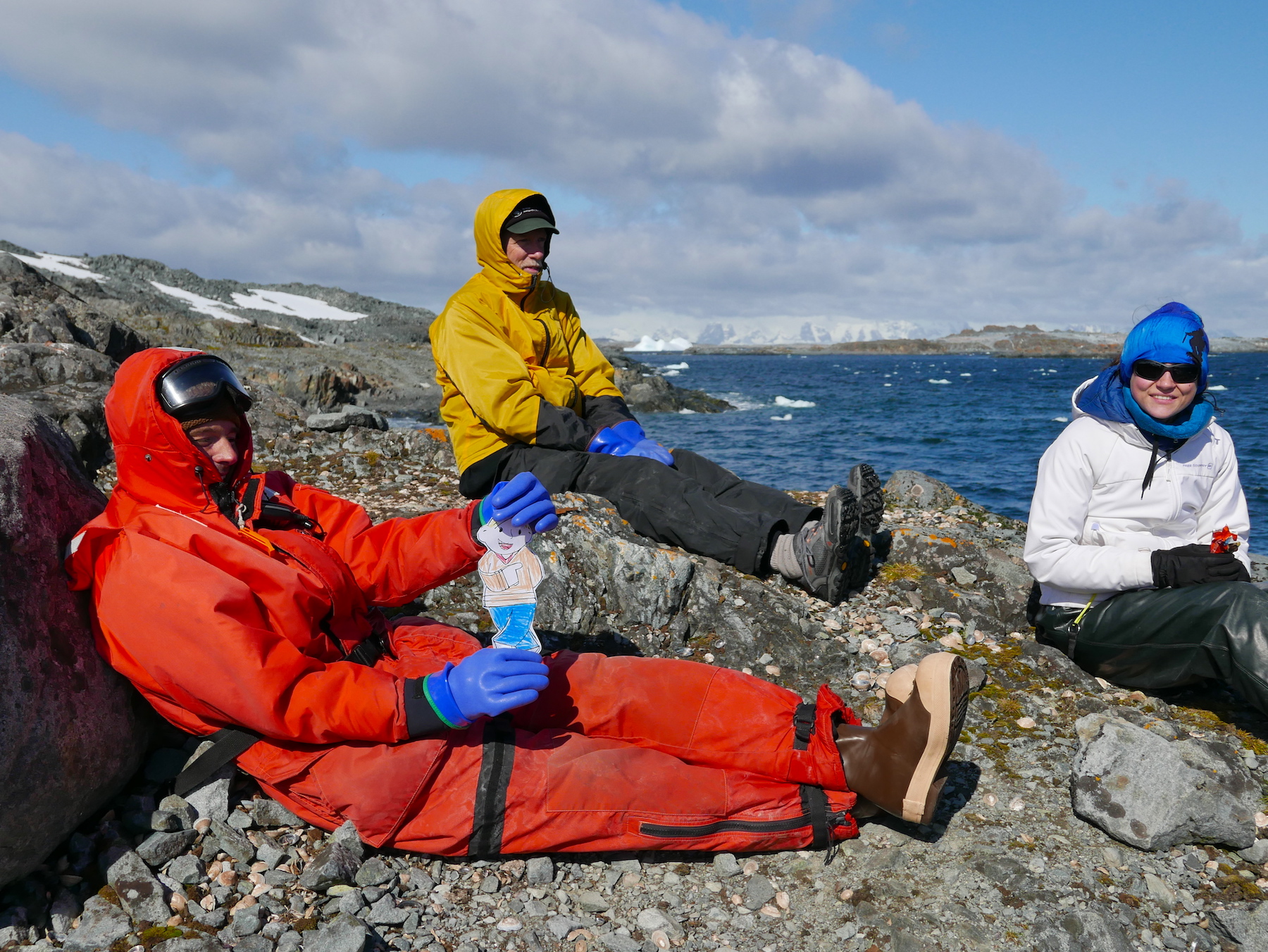