In contrast to the Arctic region (where there are peatlands that have a near-surface water table), peat in Antarctica accumulates in the absence of a water table - in fact, peat here can accumulate directly on rock! Here they are called moss peatbanks (and not peatlands). 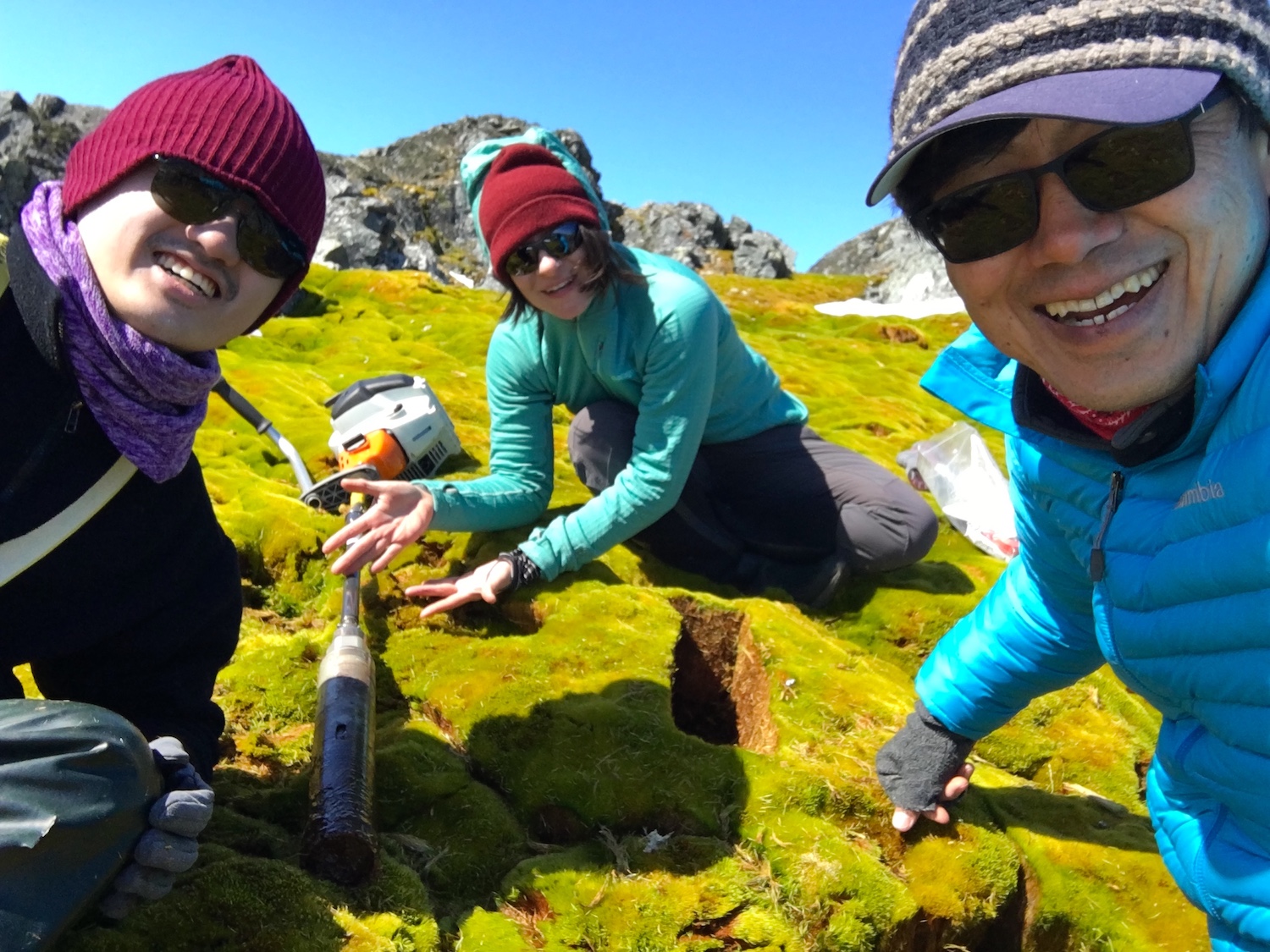 Zicheng’s group focuses on reconstructing climate data from peat cores. How does he do this? By using a really, really good corer that collects a sample that spans the depth of a peatbank. There is permafrost in the Antarctic (i.e., layer of ground that remains frozen for at least two years in a row), so they use a special borer that has a diamond tip to drill into the frozen portion. 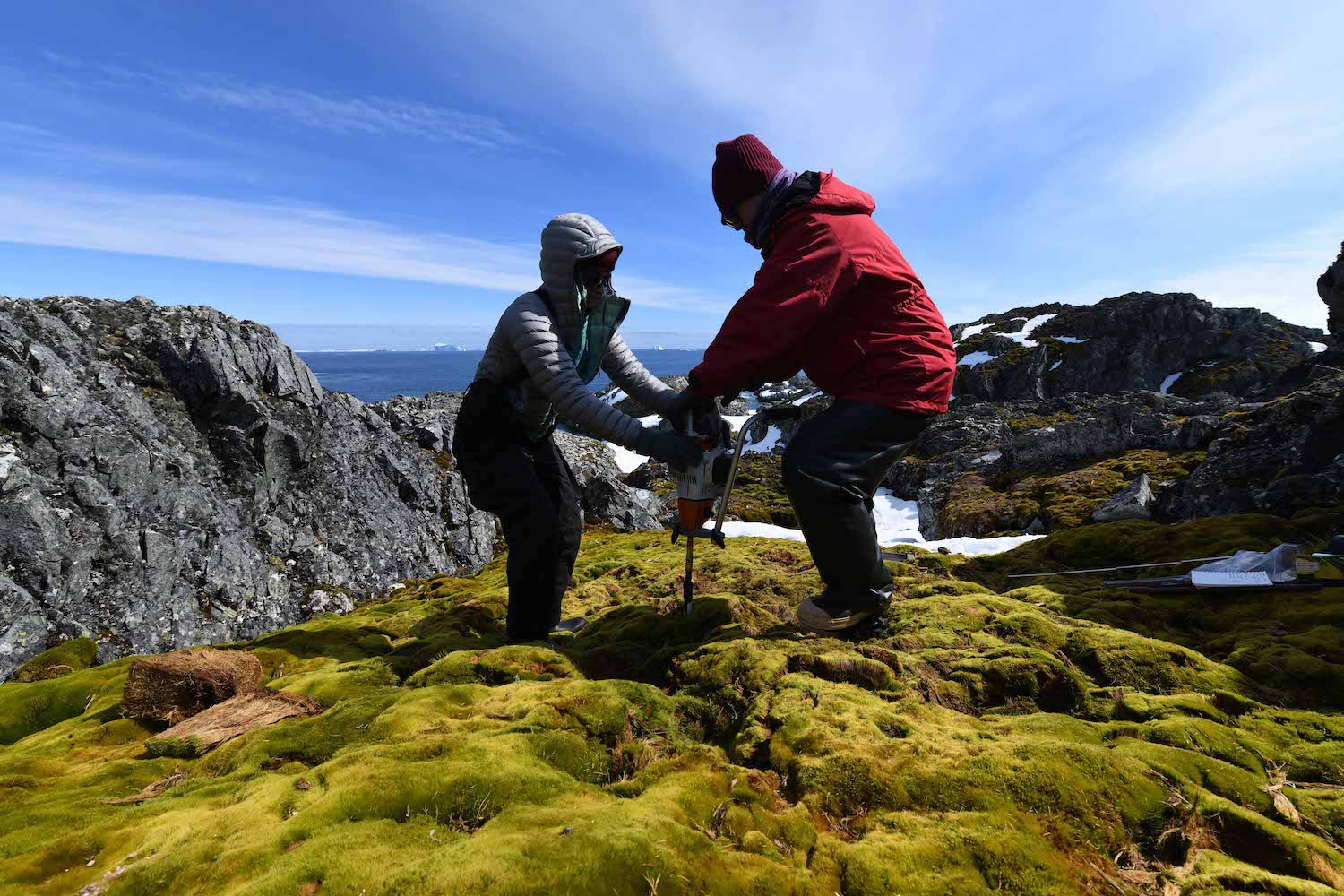 The core is divided into many slices, each slice is only 1 cm thick. The slices that were located deeper in the peatbank will be older. How old exactly is determined by using a technique called radiocarbon (14C) dating. Most of the carbon in the air is C-12. But a minute amount of carbon is present as C-14. This radio-active carbon-14 is unstable and will eventually decay (into the stable isotope nitrogen-14), but it takes a very long time. The rate of decay of C-14 is known, and so scientists use the ratio of C-14 to C-12 to estimate when plants (in our case moss or hairgrass) were last photosynthesizing. Actively photosynthesizing plants will have a similar C-14 to C-12 ratio as the atmosphere. As the peatbanks grow, new plant material grows on top of the older plants. Once buried and no longer photosynthesizing, this also means no new C-14 is added to plant material - it can now only decay to nitrogen. So, the ratio of C-14 to C-12 decreases with age of the plant material.

Below is a photo of one of the dominant moss species: Chorisodontium aciphyllum, and how the layer below the fresh moss looks like. The photo on the right features a frozen core, taken from the permafrost layer. 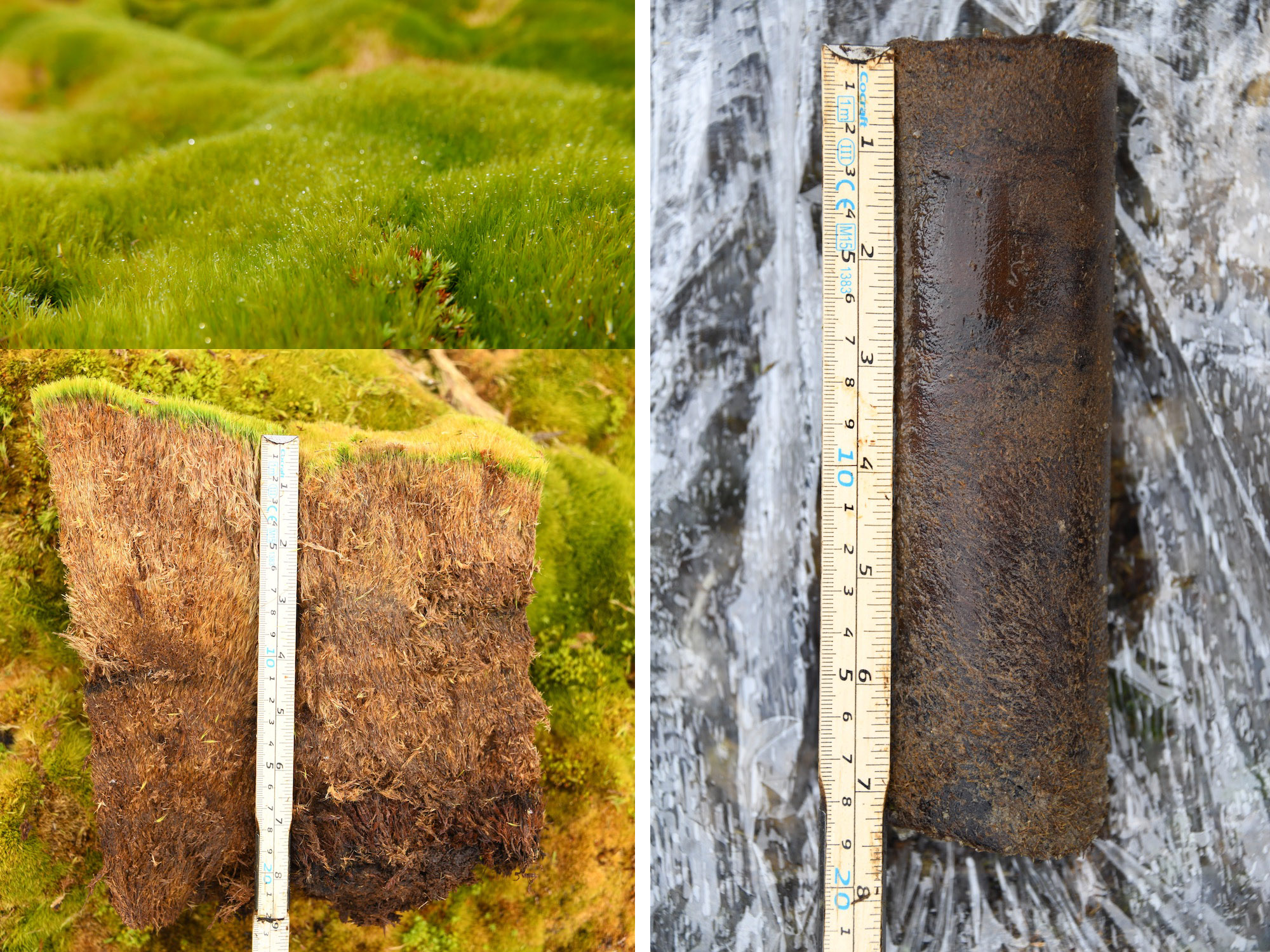 A cool finding by Zicheng’s team (using the radiocarbon dating technique) is that moss peatbanks in this region of the western Antarctic Peninsula had started to form about 2,800 years ago! This means areas have remained ice-free for a long time (perhaps refugia for plants?). Not only that, but moss peatbanks show much faster growth rates in recent years due to rapid warming of the region. Thus aside from rapid retreats of glacier (see yesterday’s blog), we also show that plants are responding to warming trends also. In a later blog, I will discuss dramatic changes to the marine ecosystem in response to observed warming trends.