Alicia and Kelly collected a set of soil samples from the site closest to the glacier (thank you both for the photos!). These were soil samples that had remained in the soil for two weeks and had been treated with pure water (H2O containing mostly 16-oxygen) or heavy water (H2O with mostly 18-O oxygen) - see day 34 for a brief explanation. In two weeks we will collect the last set (i.e., the four-week long incubation samples). 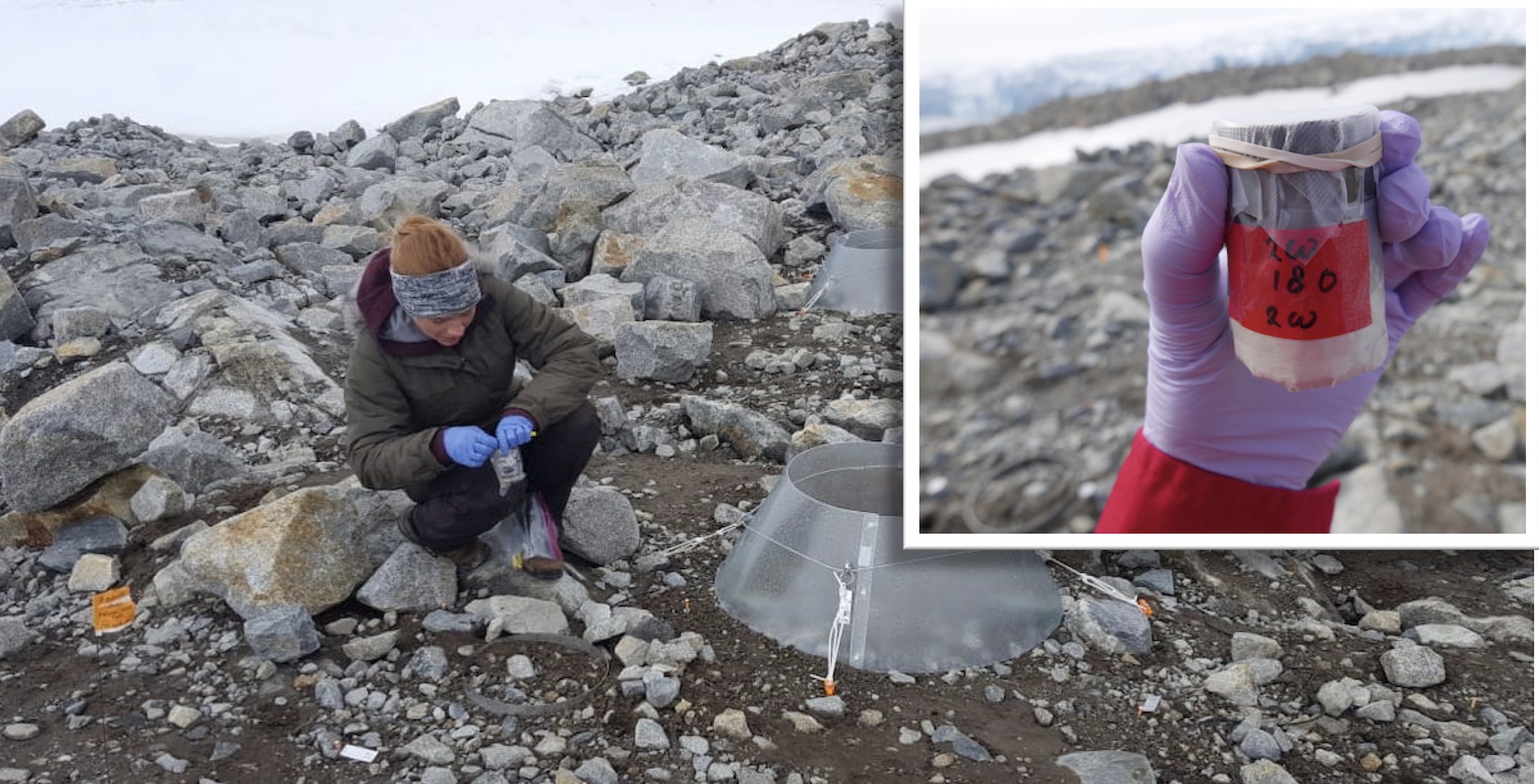 Alicia froze the samples as quickly as possible to stop any biological activity. What better way than using liquid nitrogen? One has to be careful though as the temperature of liquid nitrogen is just lower than -200o C. It actually boils at -196o C. This means that the liquid portions that touch something warmer (like our soil samples, which are nearer to 0o C) will start boiling. Alicia is well-prepared with gloves, a metal tong (similar to a kitchen one), an insulated container (called a dewar), and a secondary containment (the bucket) to avoid any spillage. 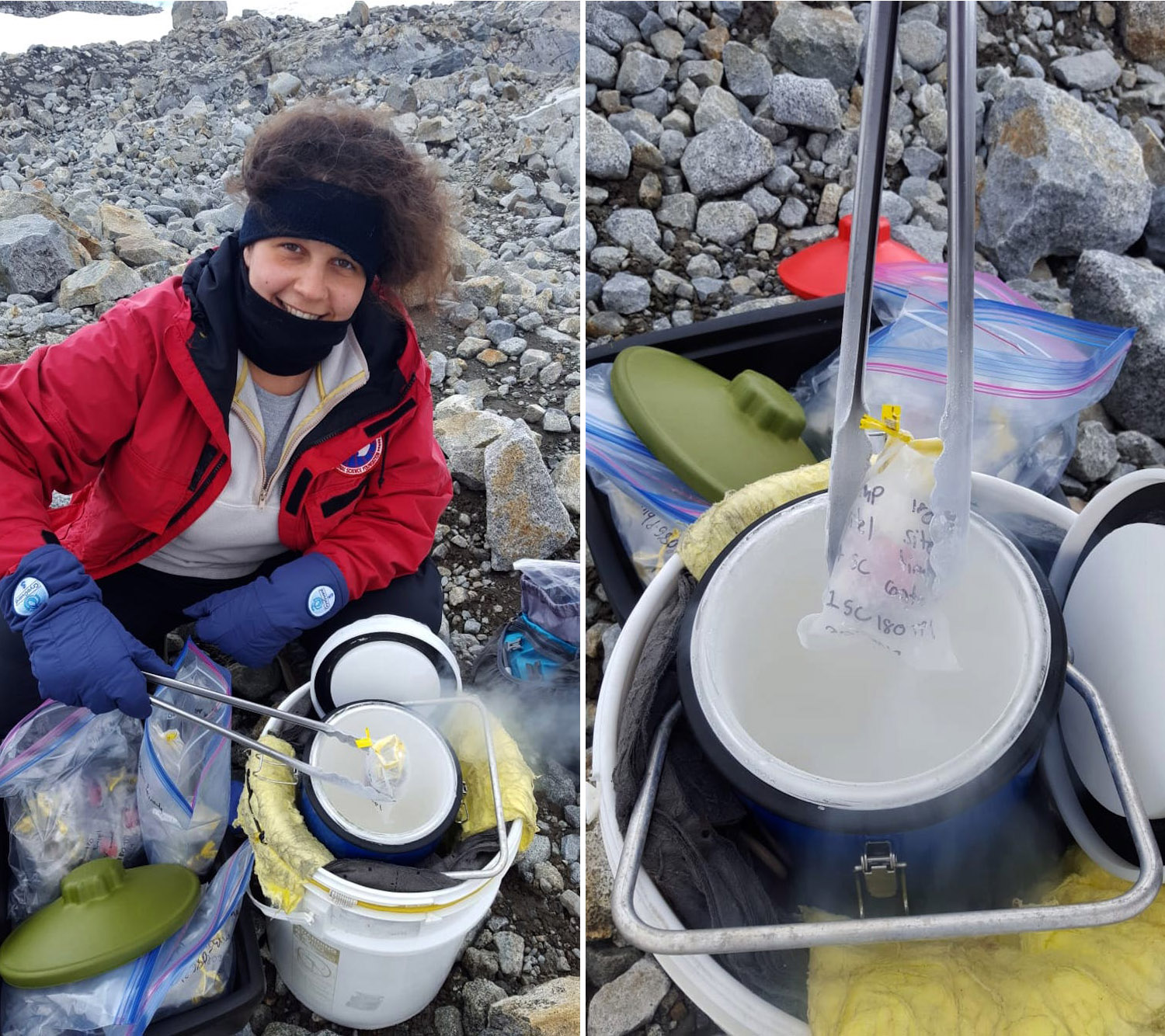 Now that the samples are frozen (near-instant) they will be analyzed in the lab. The DNA density of microbes exposed to either the pure regular water or heavy water will be assessed. Microbes with heavier DNA in the heavy water compared to the same kind of microbes in the regular water is evidence that they have grown. We expect many of them to not have grown, but we are particularly interested in those that do. 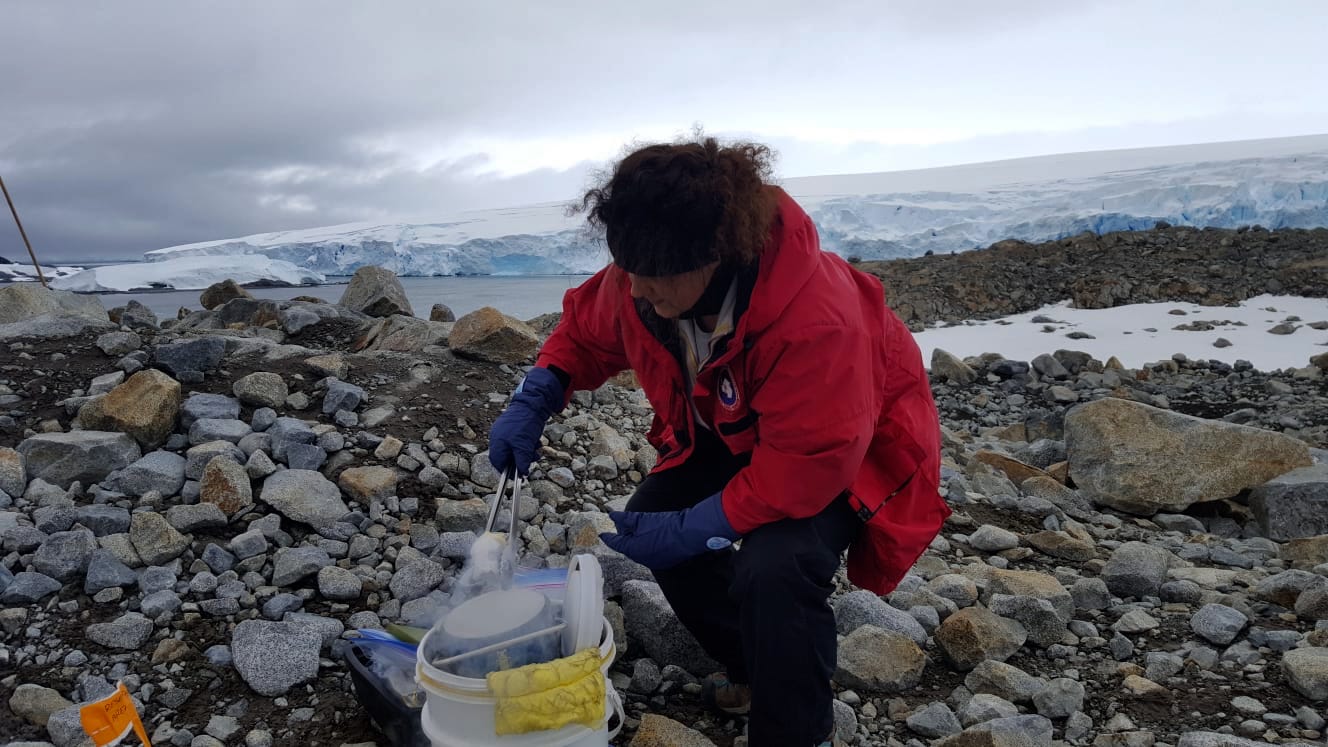