In the Palmer area the most common true Antarctic penguin species is the Adélie penguin. These handsome penguins are the focus of the book Fraser’s Penguins. Unfortunately, because of rapid warming on the Peninsula, the population size has plummeted and is now about 15% of its size in 1974 (when records began). They are dependent on the sea ice, and the duration of that sea ice has decreased markedly by 3 months since 1978. Snowfall has also increased in the Palmer area, resulting in submerged eggs (and killing the embryo inside) or the chicks drowning. Warmer air can hold more water, and in the case of the Palmer area, the main form of precipitation is snow. So, ironically warmer air leads to more snow (here, “warmer” is relative because it is still cold!). Lastly, ever decreasing sizes of colonies of these penguins make them more and more vulnerable to skua attacks (skuas eat the defenseless chicks - these chicks are quite floppy and have little muscle). 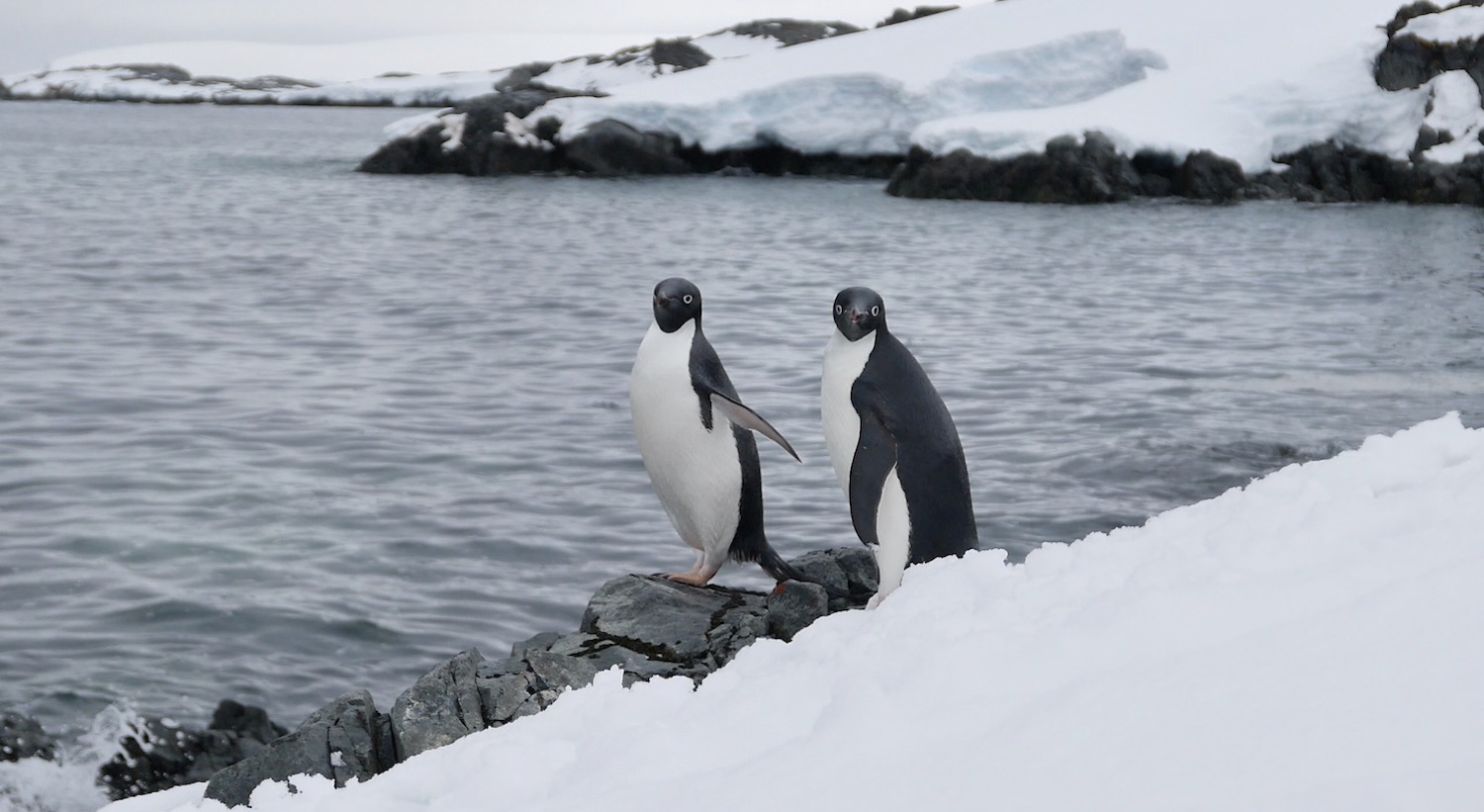 However, two other penguin species are doing quite well. They are doing better than the Adélies because they are less dependent on sea ice. The two species prefer more of a sub-Antarctic climate. One of these is the gentoo penguin. Gentoos were absent in 1974, but now they are more common than the Adélies. They have a distinct call that sounds remarkably similar to a donkey. In Dutch they are called ezelspinguïn (translates to: donkey penguin).

The other species that is doing well is the chinstrap penguin. They remind me of English bobbies. They are found only on the Antarctic Peninsula and sub-Antarctic Islands (for example, South Georgia).

All three penguin species, the Adélies, the gentoos and the chinstraps are closely related; they are in the genus Pygoscelis. More details about penguins and their lives later!