Today we had the opportunity to come aboard a vessel that carries the participants of the Homeward Bound Program. There were 80 participants, all women the fields of Science, Technology, Engineering, Mathematics, and Medicine (STEMM).

First we had to brave some brash ice on the way to their ship. Slowly but surely we approached the dark blue ship on the horizon.

To me it was very inspiring to see women in STEMM from all parts of the world working together and helping each other develop leadership skills. There was also at least one notable guest: Christiana Figueres. As Executive Secretary of the United Nations Framework Convention on Climate Change she dedicated many years to global negotiation that helped shape the Paris Climate Agreement. She is a compassionate person who believes that together we can achieve the goals outlined by the agreement, a way where economic growth and reduction in greenhouse gases are possible. She believes in the vision of countries working fruitfully together to achieve this common goal.

Christiana is in the left photo below (sitting on the ground in the right corner). She spoke briefly and powerfully. You can clearly see how she is an inspiration to other Women in Science. In the right photo I am standing next to a former postdoc from Texas Tech University who recognized me: Li Wang. Seriously, what a small world!!

Following the presentations by Bob and Randy, our station manager and the lab supervisor, we went outside for a photo op and engaged in wonderful conversation with lots of people. 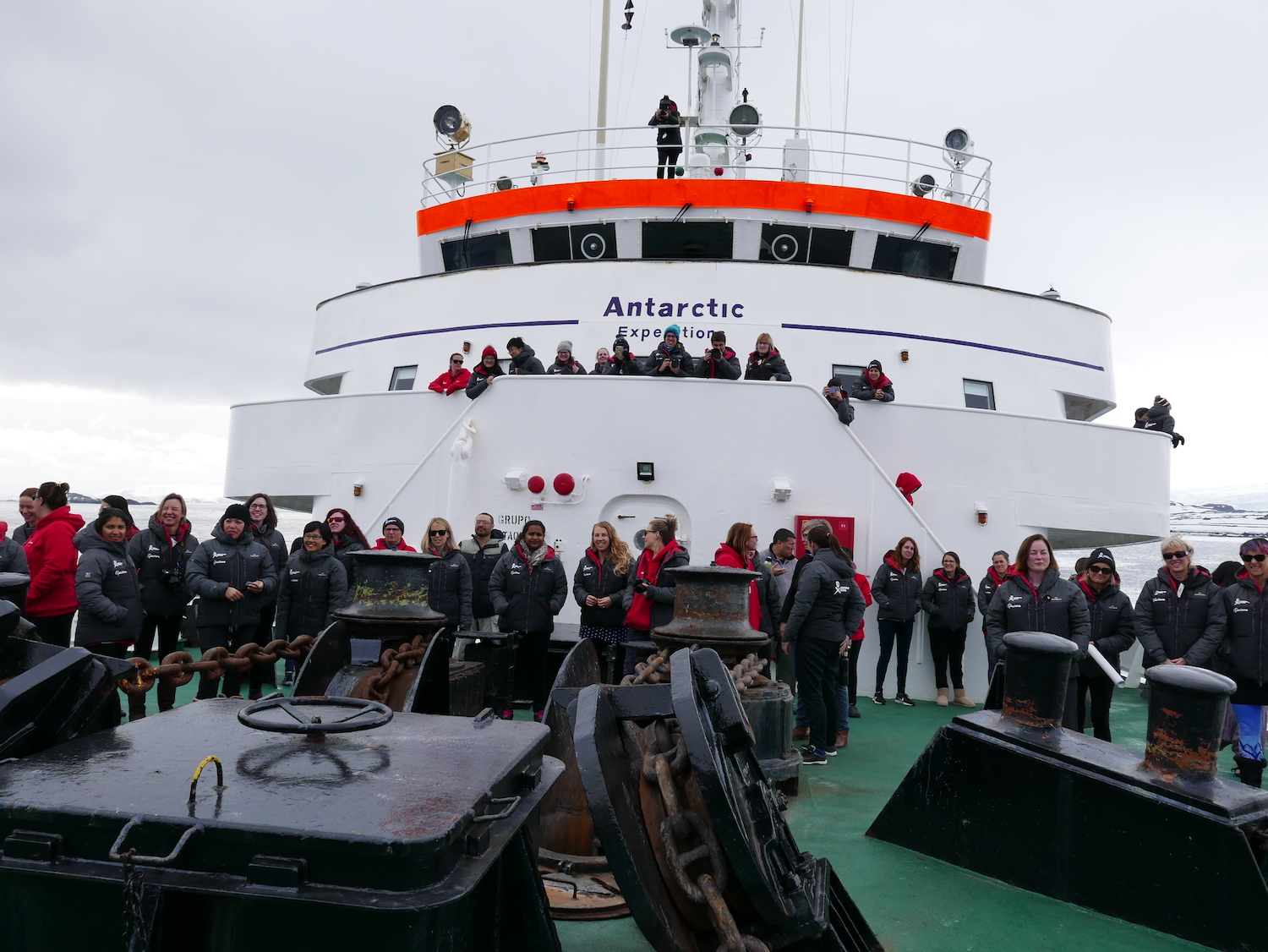 I had very genuine conversation and felt almost a part of the group. It was simply an inspirational visit. Here I thought we would simply give a talk and answer some questions. But I came away feeling I had developed a small, but tangible bond with these women.

The return trip was a bit adventurous. The brash ice had worsened. Although Randy, who drove the zodiac back, was doing well, it was nice to get a bit of extra help from the other boat: the Solas. They came back from the field and headed in front of us to try to clear a path for us back to station. 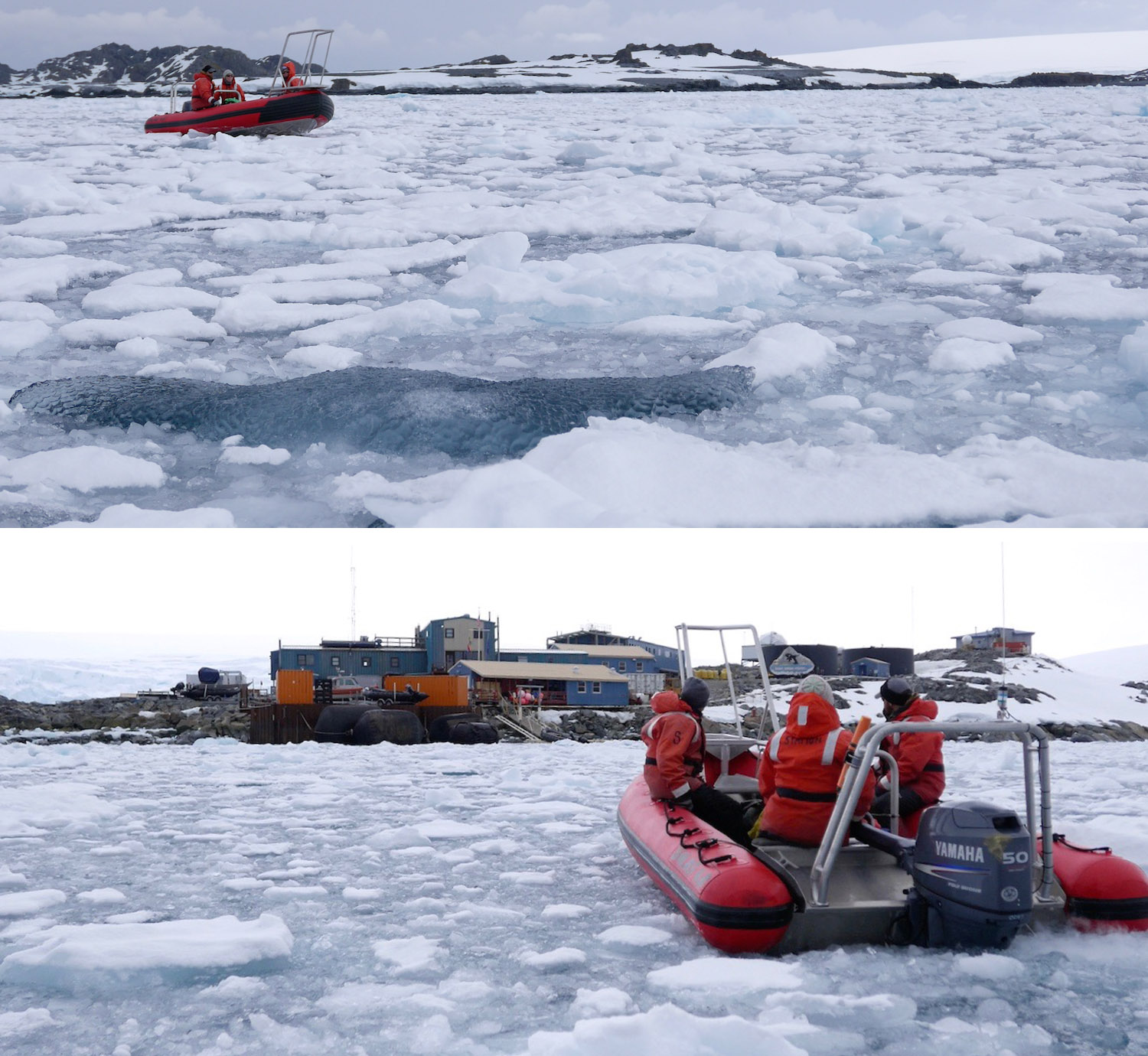