Large, graceful fliers in the Palmer area includes the Southern Giant Petrel. These beautiful birds are in the “tubenose” order, the Procellariiformes. The tubes on the top of the beak help the seabirds excrete salts - an important attribute to have for a marine bird! Giant Petrels are in the same order as albatrosses and stormpetrels. They have a great sense of smell and so are able to more easily find food in the open ocean. Southern Giant Petrels eat krill, fish, penguin chicks or other seabirds, or, like vultures, they may eat animal carcasses. They may travel for hours or days in search of food, traveling even over a thousand kilometers during one trip.

Southern Giant Petrels nest in ice-free areas along the coast in Antarctica, the sub-Antarctic islands, and southern South America. Their nests can be composed of piles of rock, limpet shells or of soft moss plugs (hmm… I wonder which one I would prefer). They have high site-fidelity, meaning they often return to the same nesting area year after year.

There are two morphs: a white and a dark morph. White morphs are far less common than the dark ones. Luckily, in the Palmer area, we have a nearly all snow-white Southern Giant Petrel, with only a few sparse dark feathers. This beauty also had a fluffy chick. Thanks to the large zoom used in the photo below, you can even see Palmer Station in the background of this magnificent bird.

While taking photosynthesis measurements, I cannot but help look at them as they calmly glide overhead. Simply, a stunning bird. 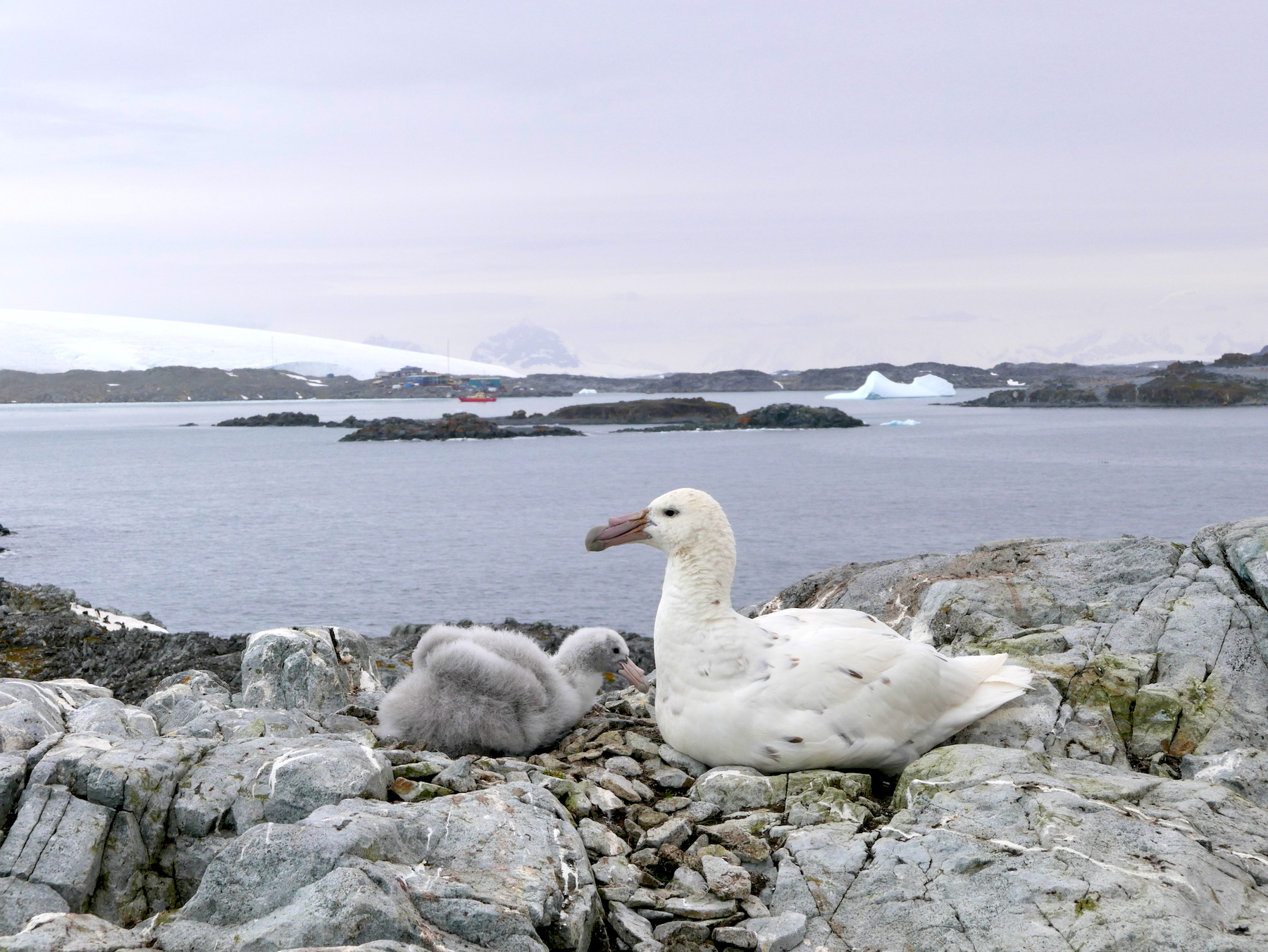