Of moss and skuas:

We collected small moss plugs for our experiment. Because Litchfield Island is an Antarctic specially protected area (ASPA), we are minimizing moss collections there. Instead, nearby islands have similar moss species, so we will collect many of the moss samples at other sites. At Litchfield we protect the moss by stepping on rock (and trying to avoid various lichens on those rocks - these can be fragile also). Kelly is an expert on collecting moss - below (left photo) she is sampling moss while being supported by a rock (see foot) and distributing her weight on the peatbanks. 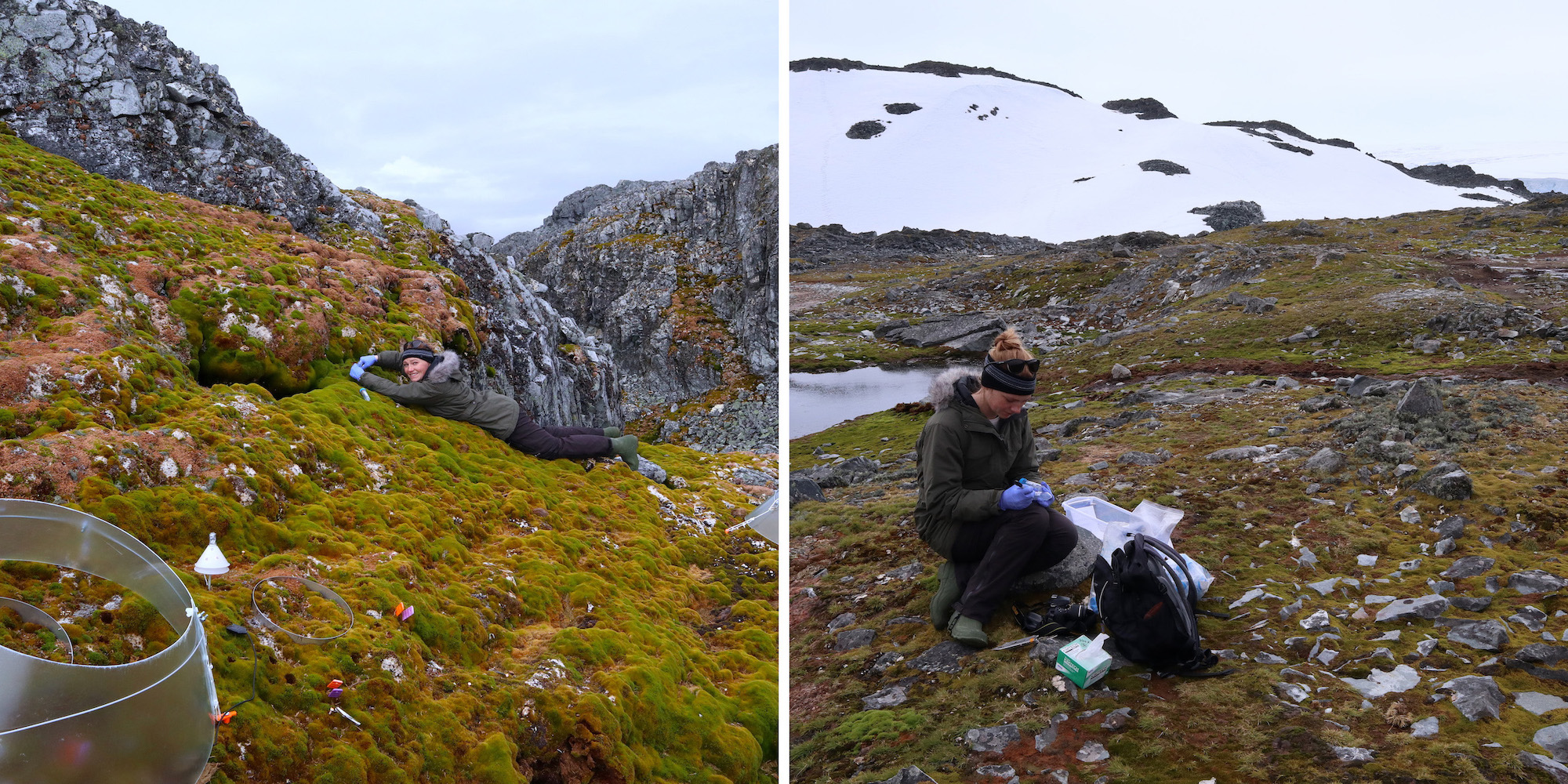 Once again skuas kept us company, but these two cheered her on. OK, they were not cheering (though we would like to think so). Actually, they spread their wings like that when another skua flies close. 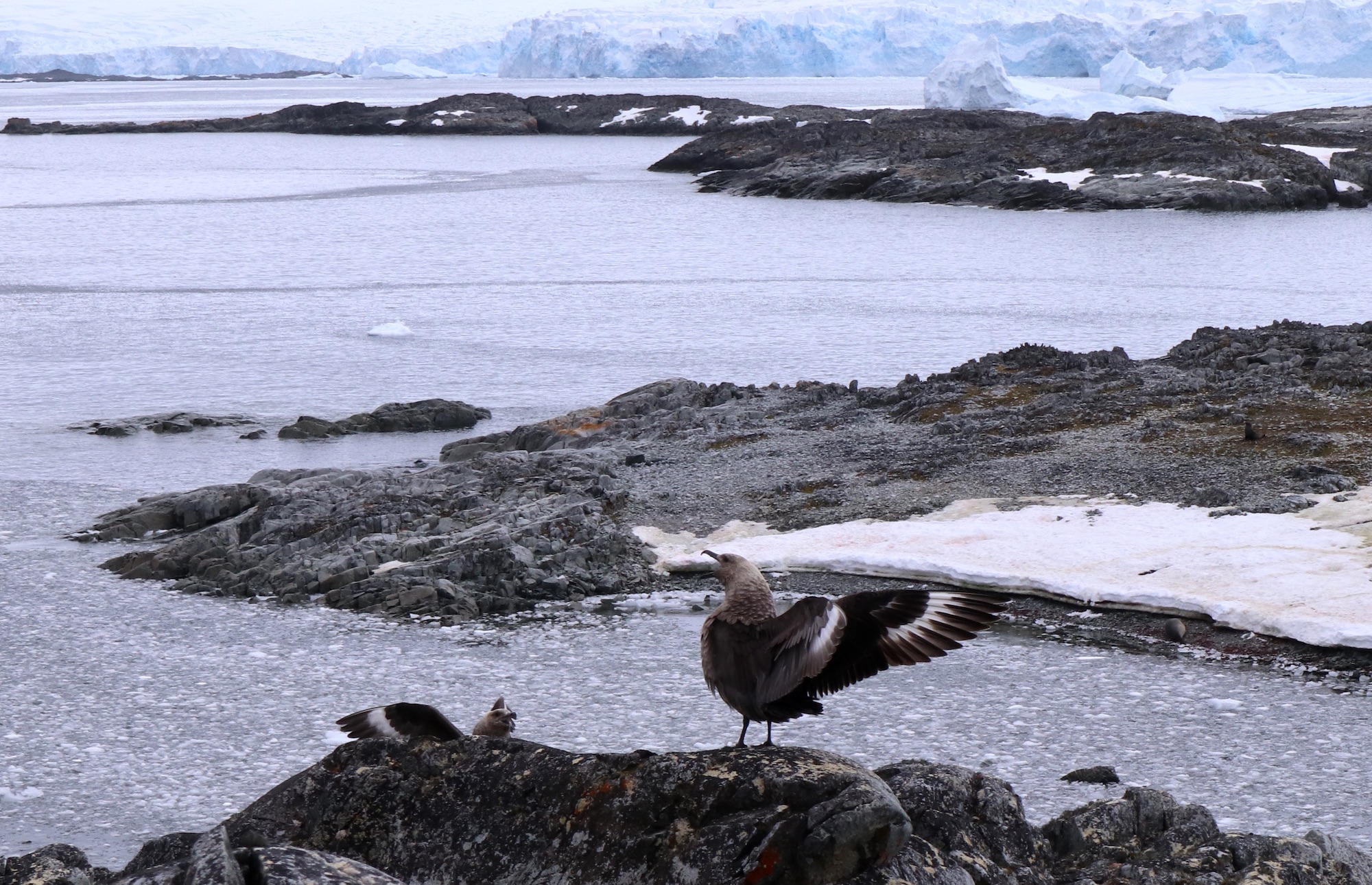 We collected a different species of moss from Amsler Island. Another beautiful site. And guess what? More skuas.

I think they are beautiful. They just watch us and keep us company - perhaps they are curious as to what we are doing. Or we are simply more entertaining than seals or penguins. In any case, they seem very intelligent. They may be one of my favorite birds. 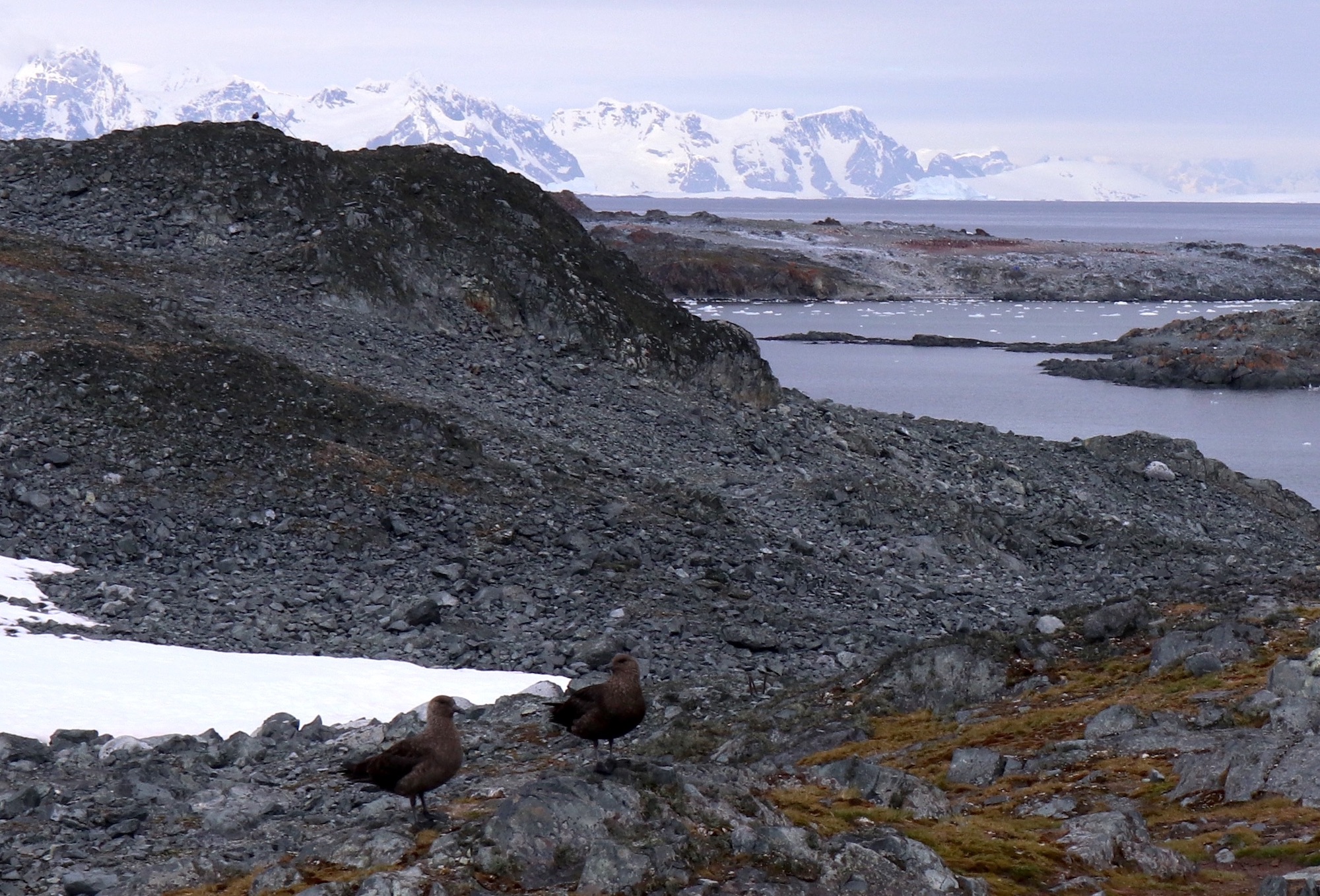