More about whales and krill:

So how do researchers find krill? This is an important question as they are such an important food source for pretty much anything larger than they are. Krill are found using bioacoustics. In essence they use an instrument that sends sound waves into water. That sound is reflected back as an echo when it hits something more solid than water (the device is called an echosounder). Because rocks and sediment are so solid one can for example map how the ocean floor looks like beneath the water. On the other hand: water is not solid and thus does not reflect the sound (i.e. echo!), so it appears clear.

Krill are more solid than water, so they do reflect sound back - especially when there are swarms of them! See below photo. More is explained here.

Leigh and Jack take several measurements of the krill that appear in these kind of swarms, including length (see yesterday) and weight (see above). They will soon know if these swarms consist of small (young), larger (older) or a combination of the two.

Whales eat a lot of krill - they can eat over a ton of krill a day, so more than a small car!

Some krill may escape the whale’s mouth (see white box in photo), but likely only to be picked up by hungry kelp gulls. Kelp gulls are smart - they remain near feeding whales, and hence expend less energy looking for food. 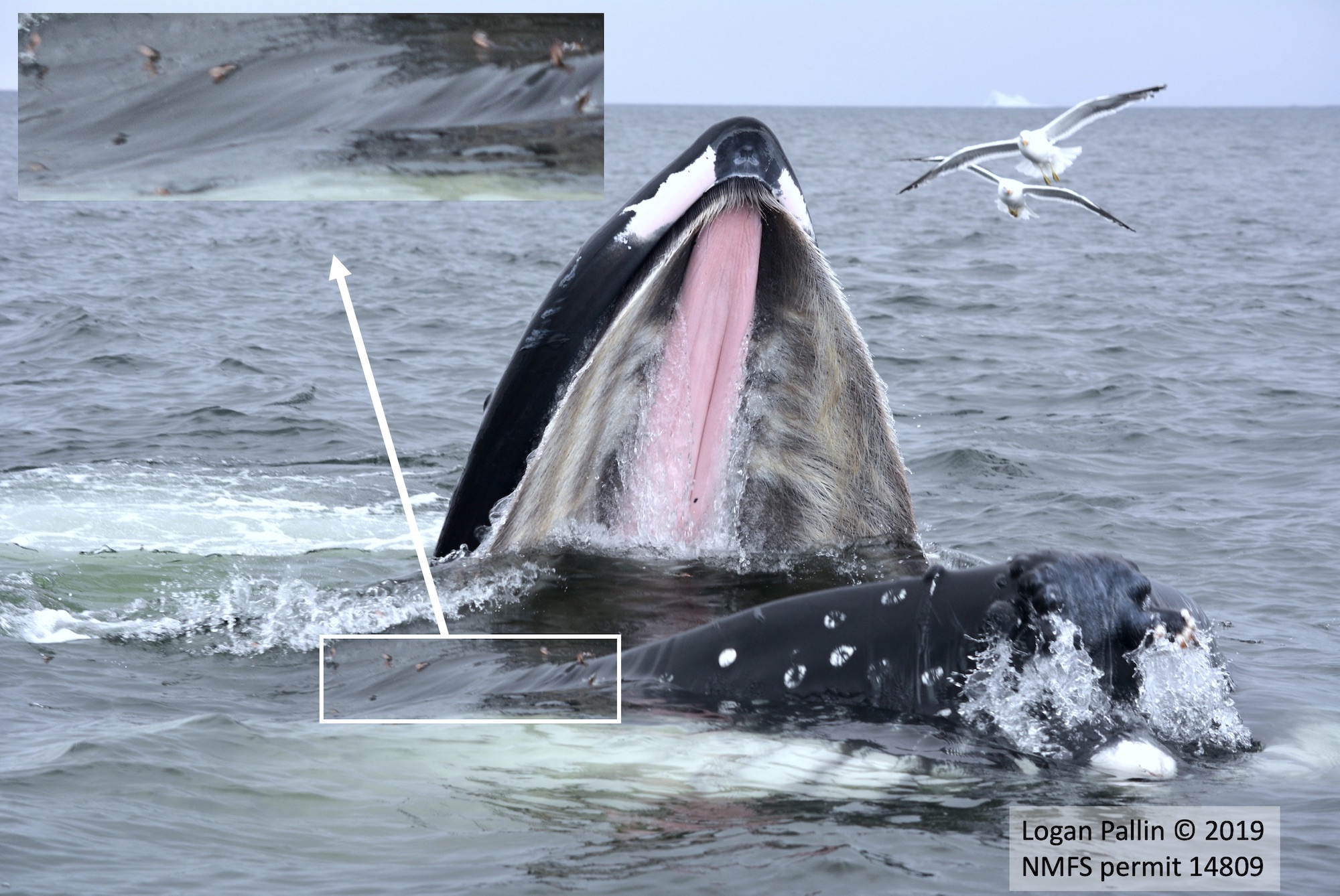