There are different kinds of ice floating in the waters surrounding Palmer station (more about land ice later). The largest ones are called icebergs. These beauties can be seriously huge. Where do they come from? These may have broken off from a glacier. Just a reminder that most of the iceberg is below the water surface! 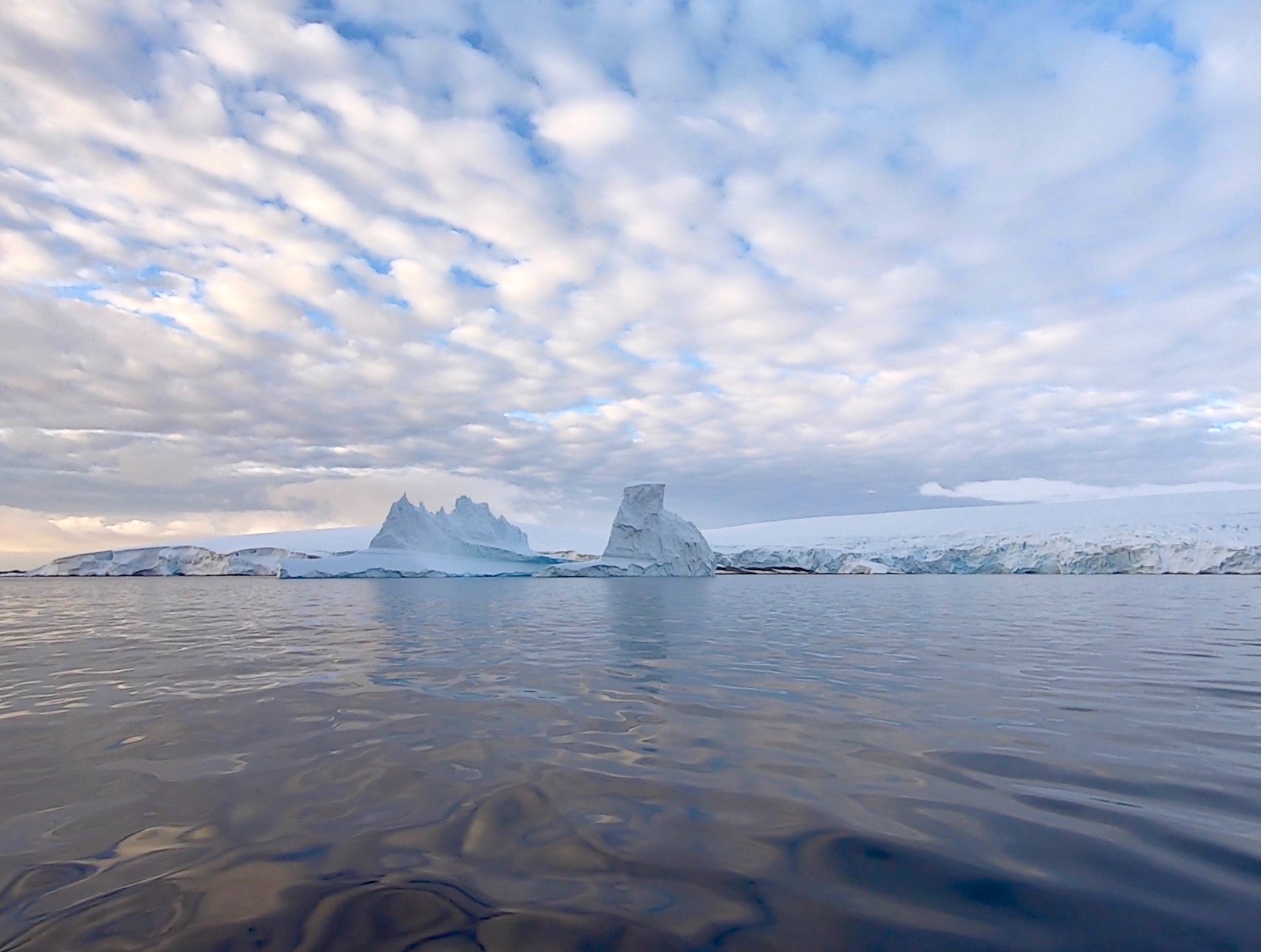 And here is another example of a bergy bit - a striking one at that! Why is it even blue? Ice can have lots of air bubbles, but if compressed (say if positioned lower down in a glacier because it was formed a long time ago), the air bubbles disappear. This means the light can travel a longer distance in the ice, no longer hindered by all the air bubbles; a longer distance traveled means only the short wavelengths of light can be transmitted - which is blue! 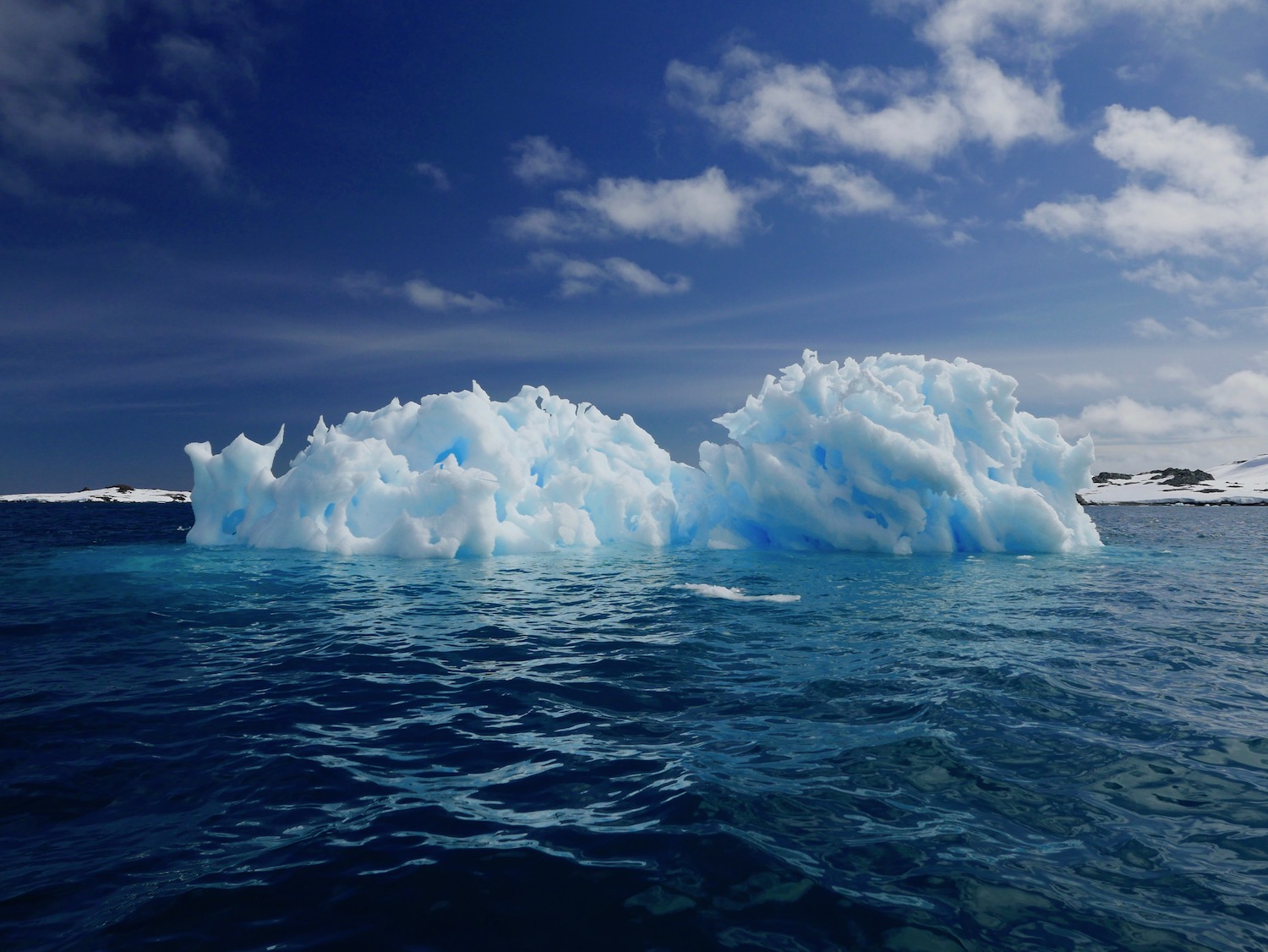 If the ice is quite flat as in the example below, the floating ice could be called an ice floe. These seem to be the preferred form of ice for seals to lounge in. The left photo shows two crabeater seals and the photo on the right shows a leopard seal, an important top predator in these waters.