Today our group went aboard the cruiseship Zaandam to give presentations about the science on station. We had a great time and met many wonderful people.

We saw several humpback whales from the vessel, including one centrally located in the photo below. The number of whales increases as the summer progresses. Humpbacks migrate from lower latitude areas (e.g. Central and South America) where they breed to high latitude areas (such as near Palmer Station) where they find plenty of food. 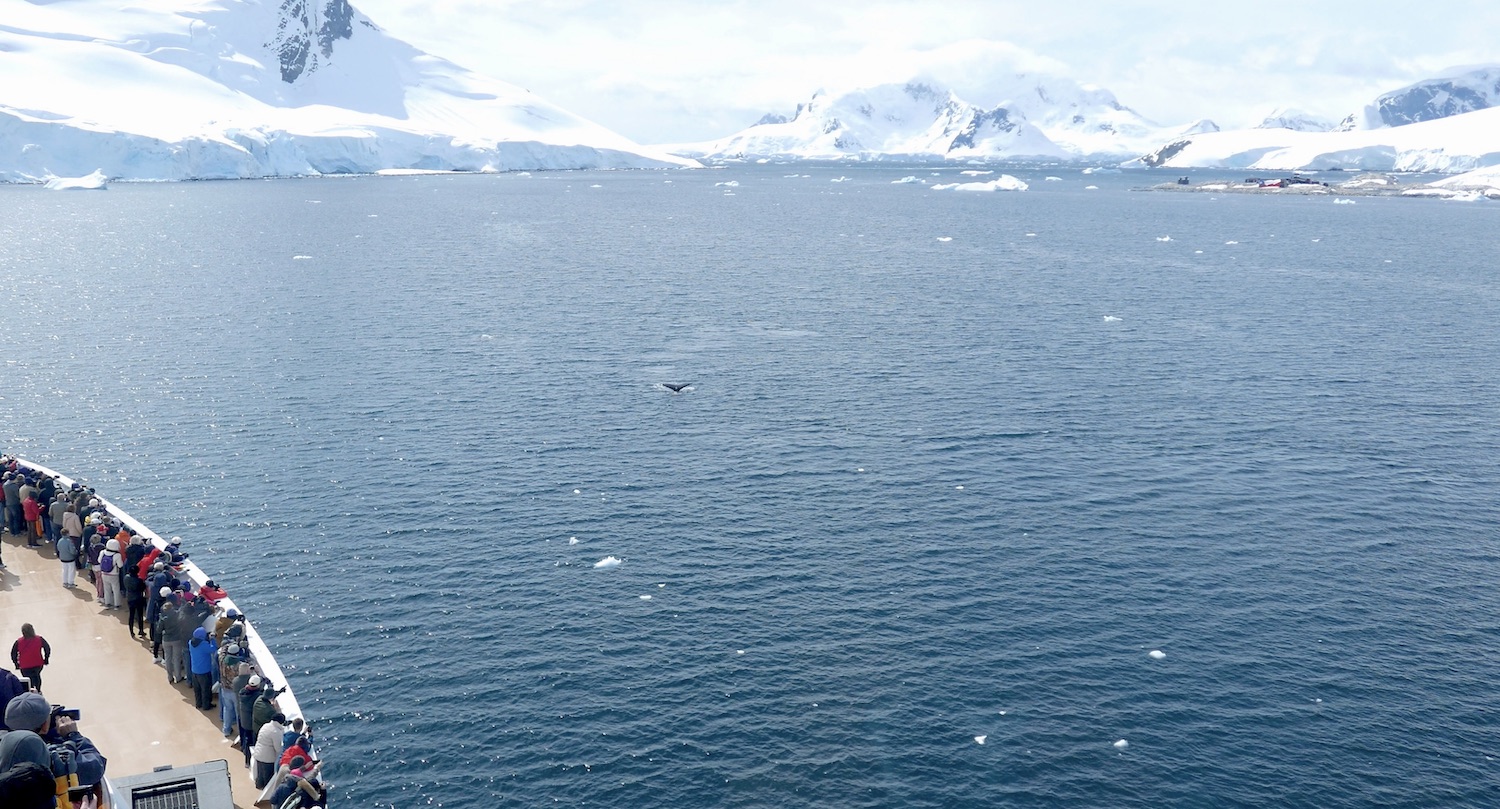 Humpbacks are the most common whale in this area. These gentle giants were nearly extirpated in the Southern Ocean as about two million whales were killed during commercial whaling in the previous century. Thus, it is quite gratifying to see so many of them these last few days, knowing that they are recovering from their near-annihiliation because of the ban on commercial whaling.

Humpbacks are recognized by the patterns on the underside of their fluke (tail). They are baleen whales that eat mostly krill here - using their baleen hairs to prevent krill from leaving their mouths as they push the seawater out. This is called filter feeding. Baleen is composed of keratin, just like human hair and finger nails. Below are some images I took a few days ago. 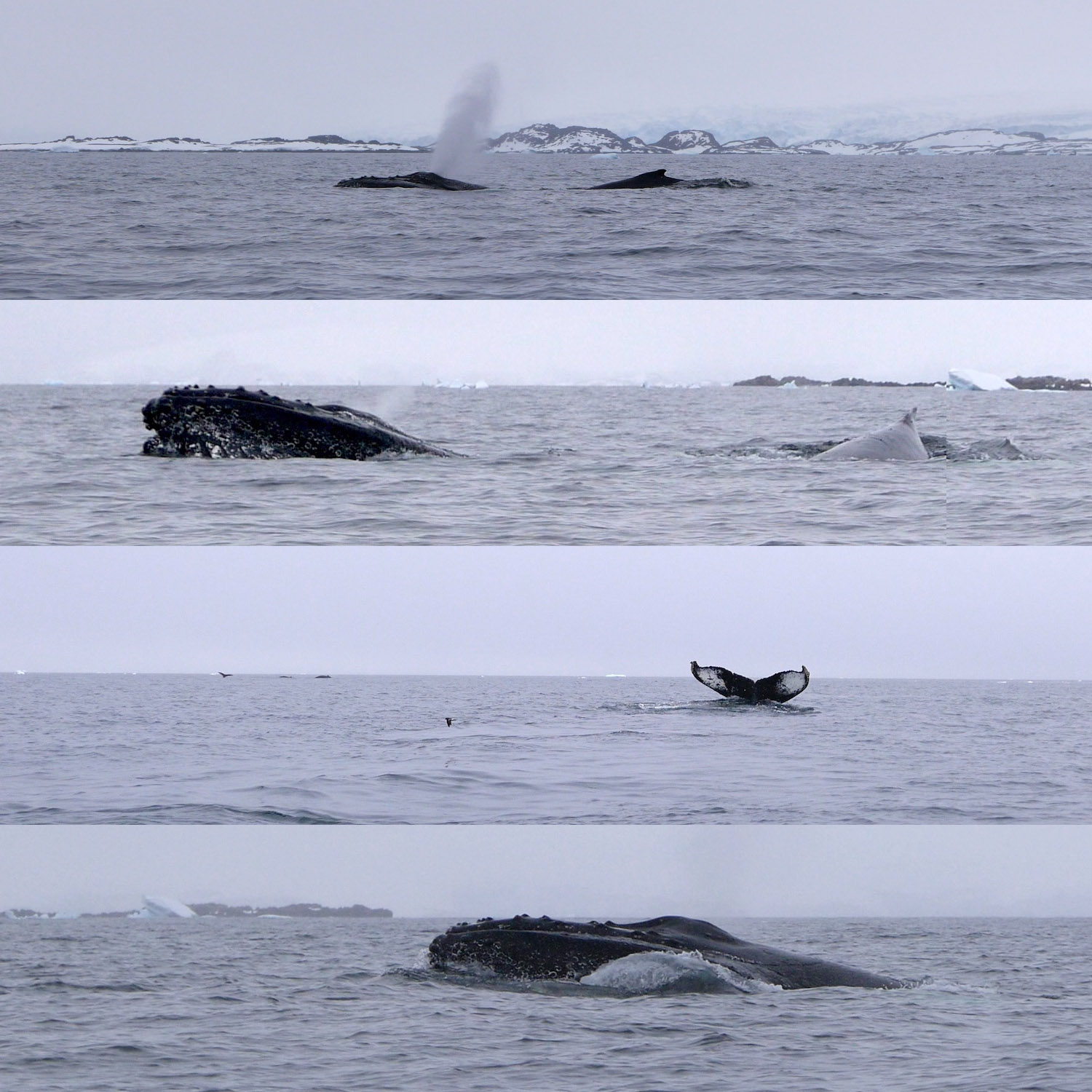 However, there is still much we do not know about these gentle creatures. The Palmer Station group, led by Dr. Ari Friedlander from UC Santa Cruz, focuses on understanding the ecology of the humpback whales and other marine mammals, such as feeding behavior, or how the populations are structured (e.g. who is related to who?). In order to understand the genetics and health of these whales, scientists collect a tiny, pencil-thick sample (of about 2-4 cm length) of the blubber and skin of each whale. To do this research, the scientists have a special permit (NMFS permit 14809).

Rain or shine, scientists (see Greg and Logan in photo below) collect samples or data, because the whales are out there (whales could care less about the weather!). 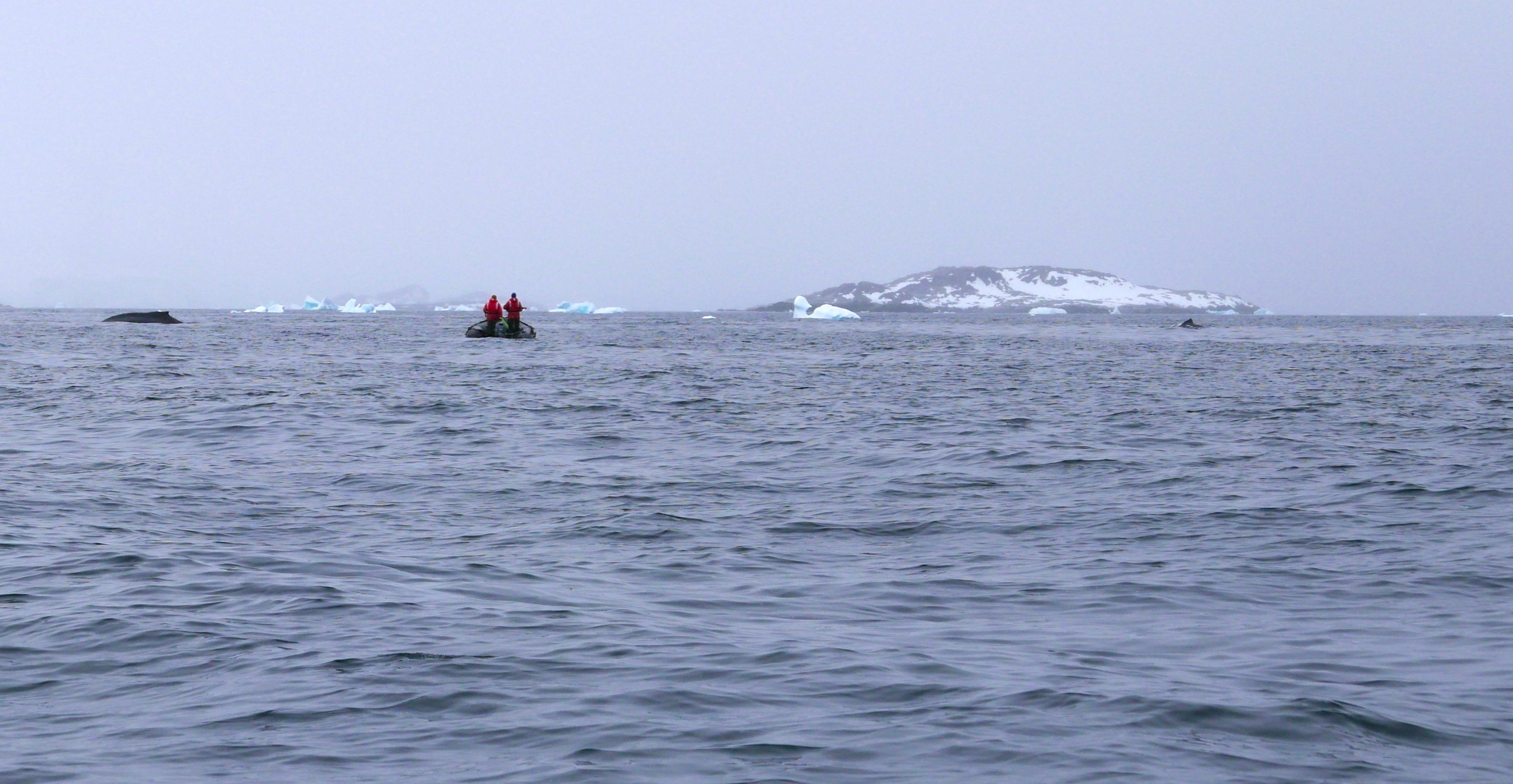