The day started out sunny and promising. We headed over to Litchfield Island to set up our fourth and final (highest plant productivity) site. This beautiful island requires a special permit, the Antarctic Conservation Act permit, to enter because it is an Antarctic Specially Protected Area (ASPA). According to the ASPA description, this island “possesses rich growths of vegetation and has the most varied topography and the greatest diversity of terrestrial habitats of the islands in Arthur Harbor”.

Indeed, it is an amazing area, with rocks entirely covered with countless lichen species, thick moss beds, and great views of the mountains behind Palmer Station. There were many moss species, some coated in fine droplets, blinking in the sun like little diamonds. Indeed, nature’s ephemeral diamonds. 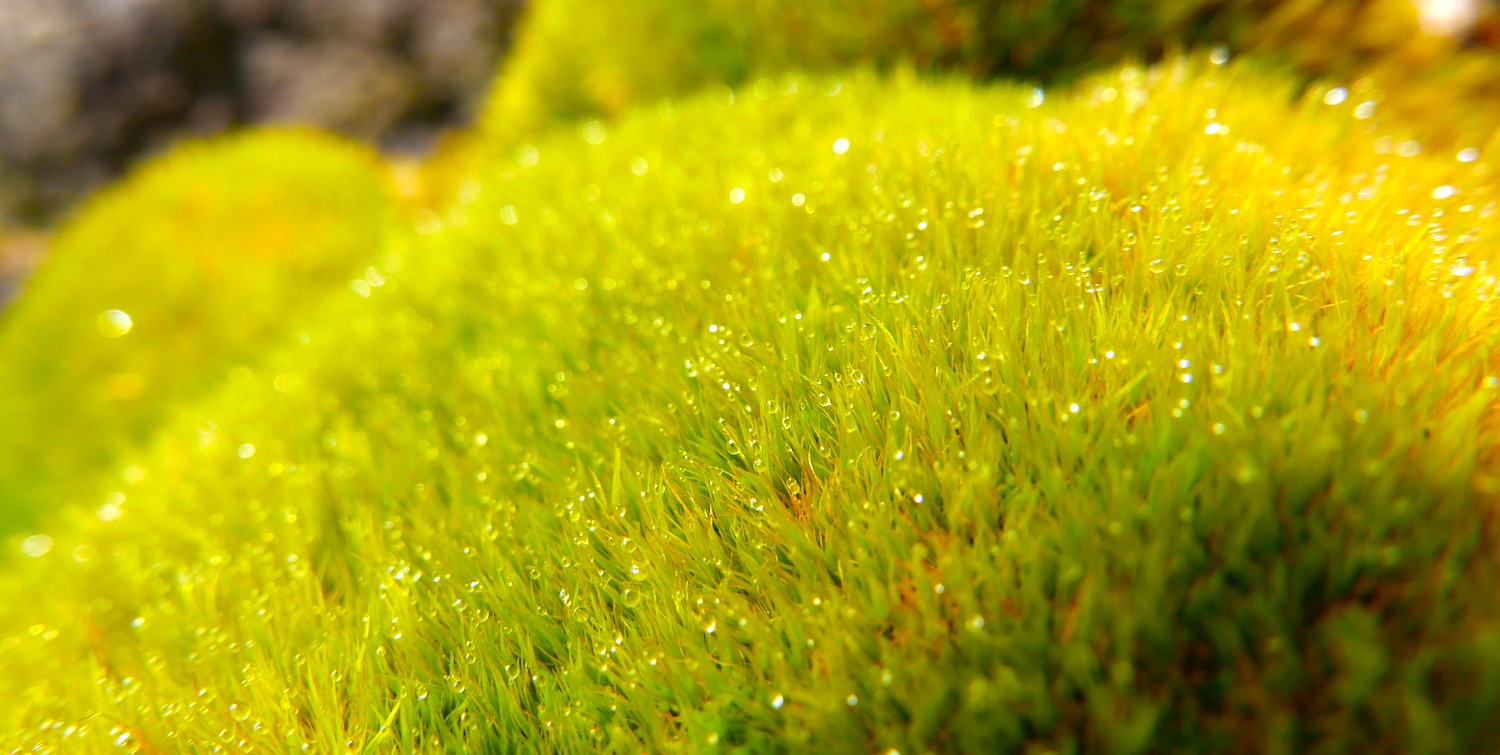 We hoped to find a site close to where we arrived by SOLAS (which are rigid-hulled inflatable boats). However, the bedrock was just beneath a veneer of vegetation. So, we searched and searched. Finally, and after an uphill hike we found what we were looking for: an area to set up our site without having to step on the moss carpets. It was a joyous moment, our site was meant to be, evidenced by the light beam (see photo). 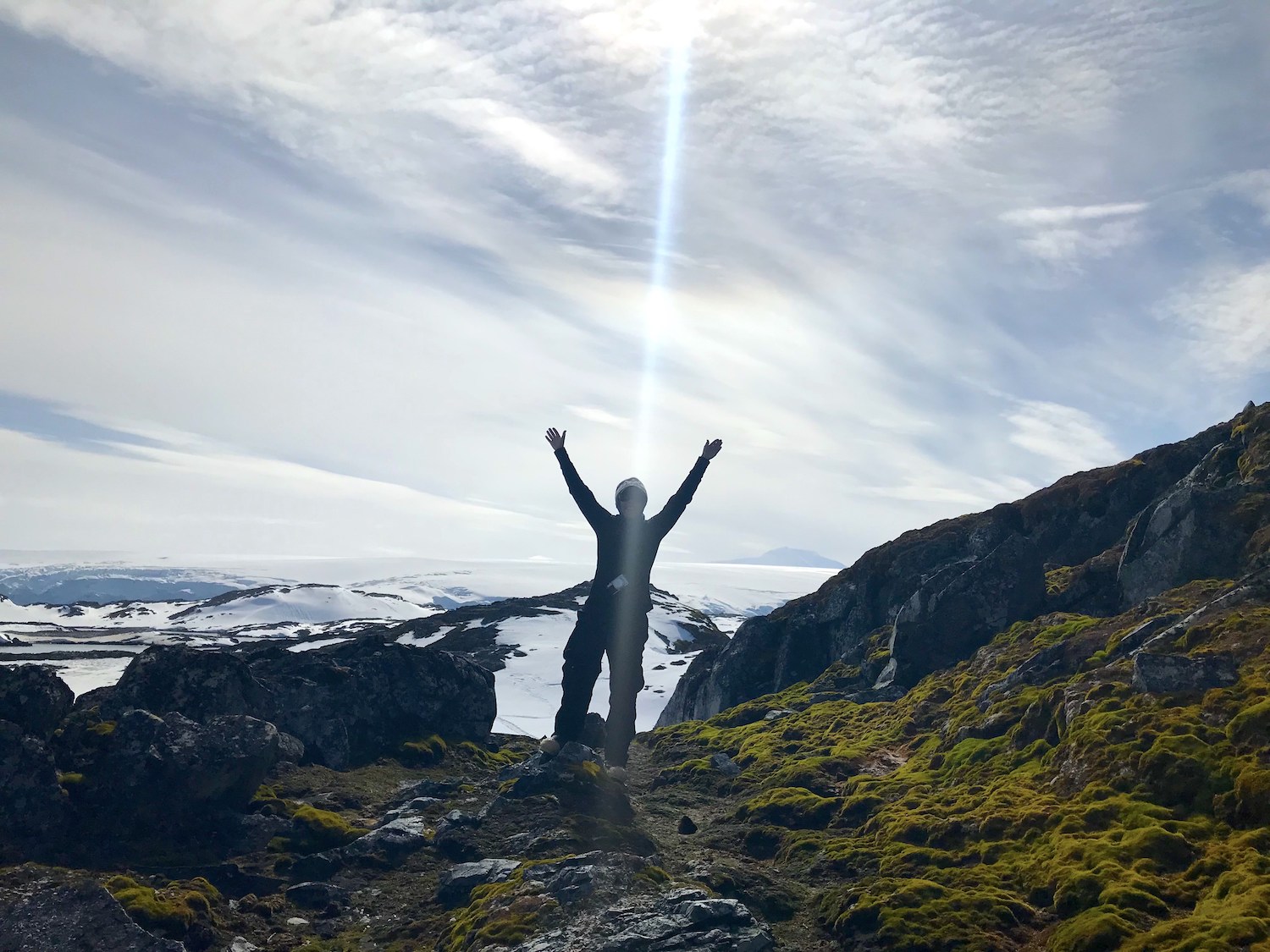 We gently inserted the stainless steel collars, the sensors and rain gauge as we did at the other sites, taking care to step on carefully selected areas (dead moss or rock).

It is a privilege to work in this pristine area. This island truly is a treasure. As we set up our final plot at this site, we were simply overjoyed. Overjoyed because we have this amazing productivity gradient, starting from the glacier edge all the way to Litchfield Island, and because we can now finally start our pre-warming measurements. Let the science begin!! 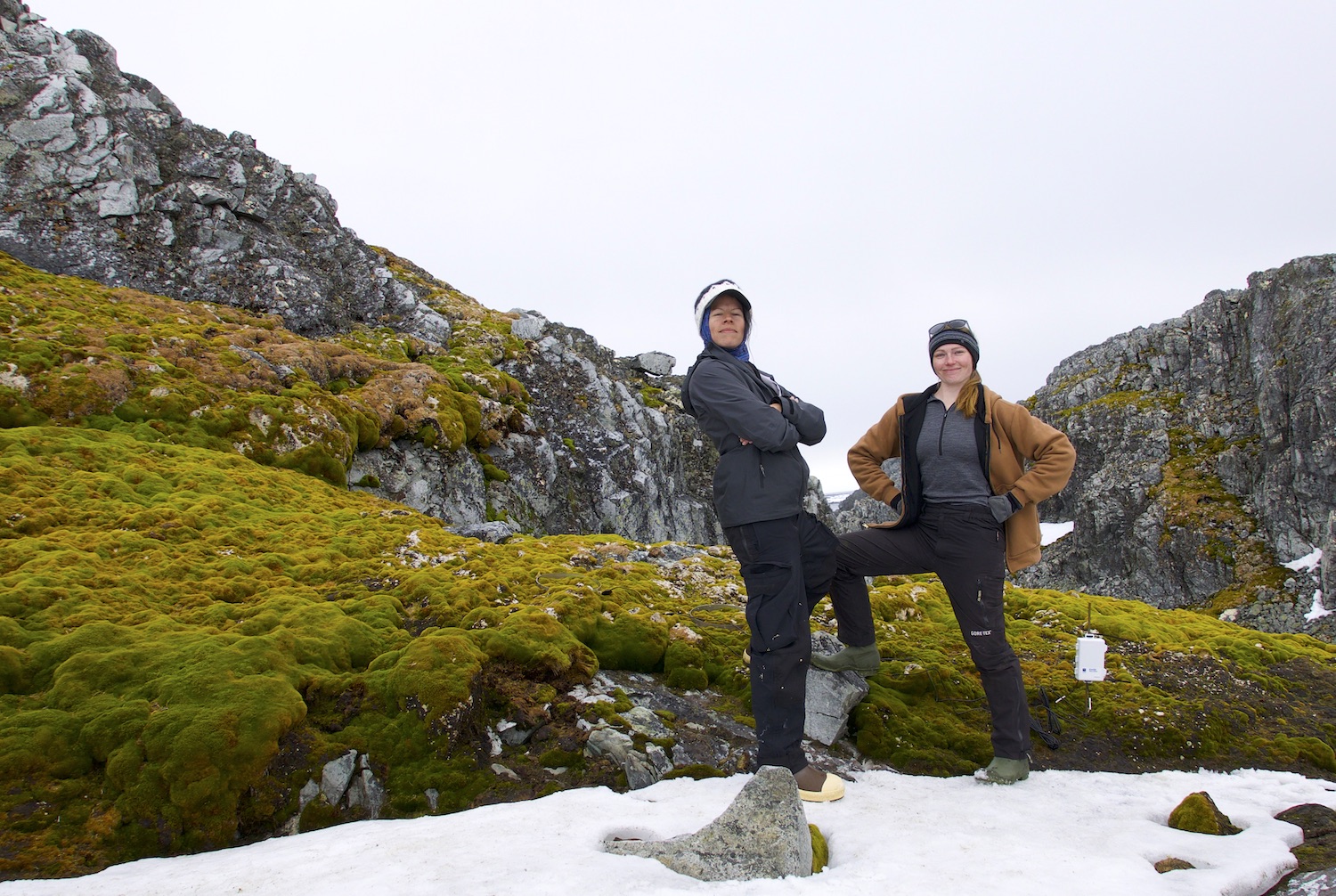